Burma: Land of Mystery and Magic

One of the most isolated countries in the world, Burma is one of the few remaining examples of authentic Asia, largely untouched by modern Western culture. 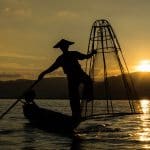 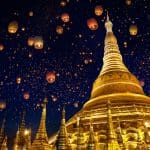 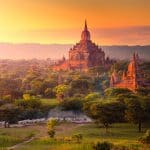 Upon arrival in Yangon, you will be met at the airport and transferred to your hotel. Born and raised in Burma, your guide is a devout Buddhist with an understanding of his country and it’s complicated history that visitors and many Burmese alike do not have access to.

One of the most famous hotels in Southeast Asia, The Strand Hotel opened in 1901 and became one of the most luxurious hotels of the British Empire. With teak and marble floors, mahogany furniture and period fixtures, unlike most hotels in the region, The Strand remained true to it’s architectural past during restoration in the 90s.

Explore the city on foot this afternoon.

The remainder of the day will be at leisure.

Your guide will meet you at the hotel this morning for a full day exploring Yangon.

The former capital of Burma, Yangon (also known as Rangoon) has the largest number of colonial buildings in Southeast Asia. Once the political and commercial center of British Burma, the colonial buildings throughout the city are rundown and largely vacant, but timelessly beautiful.

Begin your day at Scott’s Market, a major bazaar dominated by antiques, Burmese handicrafts and jewelry shops, art galleries, and clothing stores. Be sure to visit the upper levels of the market for a more “local” experience.

You will visit Yangon’s massive 230 foot reclining Buddha this afternoon, built in the early 1900’s. As the sun begins to set head to Shwedagon Pagoda, the oldest historical pagoda in the world. Dominating the skyline of Yangon, Shwedagon is the most sacred pagoda for the Burmese, gilded entirely with gold leaf.

The golden pagoda against clear blue skies is undoubtedly one of the most beautiful things you will witness.

We will provide you with local suggestions for dinner this evening. Burmese cuisine includes a rich variety of dishes influenced by neighboring China, Thailand and India. Despite these outside influences, dishes such as the fermented tealeaf salad (Burma is one of the few countries where tea is both eaten and drunk) are entirely unique to Burma.

Take the early morning flight to the ancient capital of Bagan this morning. Upon arrival, you will transfer to the hotel and drop off your luggage before heading out for the afternoon.

As capital of the Kingdom of Pagan between the 10th and 13th centuries, over 10,000 Buddhist temples, pagodas and monasteries were constructed in the Bagan plains, an area of 40 square miles. Today over 2,000 temples and pagodas remain, each different from the next—some dark and simple, others adorned with colorful images of the Buddha from top to bottom. You will have the rare ability to walk freely in and out of these ancient temples without any lines or regulations, a privilege that will not last much longer as more tourists are drawn to Burma.

Spend the remainder of the afternoon at the hotel, relaxing by the pool or enjoying the spa.

This morning you will visit the local market in a small town outside of Bagan. A magically fertile country, Burma produces enough food to feed its entire population, yet the absence of purchasing power leaves many people hungry. The market serves as a meeting-place for local women, selling everything from peanuts and tobacco to mangosteens and leafy greens of all kinds.

The remainder of the day will be spent visiting the major sites of Bagan. Stops will include the gilded Shwezigon Pagoda, the 11th century Ananda Temple and the sandstone temple Nan Paya.

This evening, your guide will take you to the top of a small temple (closed to the public) to watch the sunset over the Bagan plains. The colors and serenity are pure magic.

Depart early this morning by private boat to Mandalay on the Irrawaddy River. The river flows throughout Burma and has been the country’s largest and most important commercial waterway for centuries. Not only has the river been vital to the Burmese for transportation purposes, but it also holds incredible spiritual power as numerous spirits are said to live along the river.

After disembarkation you will be transferred 30-minutes by car to Mandalay, the second-largest city in Burma. Check in to your boutique hotel upon arrival, remainder of the day is at your leisure.

We will provide you with local suggestions for dinner this evening.

As the cultural and religious center of Burma, Mandalay is home to over 700 pagodas and several important monasteries.

Your first stop will be outside of the city in the village of Ava, where bamboo houses are surrounded by lush farmland. Here you will visit the Bagaryar wooden monastery, where only one monk resides today due to worn conditions.

Continue on to the township of Amarapura and the U Bein Bridge, the longest teakwood bridge in the world. The bridge was built by the mayor U Bein in the mid 19th century, to salvage unwanted teak columns during the move of the capital to Amarapura.

Visit a weaving factory this afternoon for colorful and intricately designed longyis, scarves, bags and tops.

If the skies are clear, climb (or drive) to the top of Mandalay Hill for fabulous views of the city and surrounding countryside. Mandalay Hill has been a major pilgrimage site for Buddhists for centuries.

Depart Mandalay on the morning flight to Heho, from where you will be transferred by car to Lake Inle. A short boat ride brings you to your hotel, nestled in a quiet cove on the lake.

Located in the Shan Hills, Lake Inle is a relatively small lake, yet home to a number of species of fish that are found nowhere else in the world. With the deepest point between 12-17 ft (depending on the season), locals build homes on bamboo stilts over the lake, and are able to cultivate large gardens that float on the surface of the water. Anchored by bamboo, the gardens rise and fall with changes in water level, making them incredibly fertile.

By boat, explore several of the over-water villages and their floating gardens this afternoon. Never will you see so much life revolve around a body of water, as you pass locals tending to their gardens from small wooden canoes, farmers from the hills herding their cattle across the lake after a day’s work, and families bathing in the water.

Enjoy dinner at the hotel this evening, where almost everything on the menu is local to the Lake Inle area, with many of the vegetables coming from the garden onsite.

Travel across the lake by boat today to a Pa-O settlement, which has been closed off to tourists until recently. A small ethnic group, the traditions and customs of the Pa-O are little known and gradually disappearing. The Pa-O believe that they are the descendants of a dragon, which is reflected in their traditions and style of dress.

Walk through a local village before visiting a rice wine factory (despite being devout Buddhists, the Pa-O do drink rice wine) where you can sample the incredibly potent drink.

En route back to the hotel, visit a local potter at work and a large weaving factory. Inle Lake is well known for its weaving industry, and you will find that much of the clothing and accessories on the lake are different than those of Mandalay.

Relax at the hotel later this afternoon. You may wish to book a treatment or arrange a meeting with the local medicine man at the beautiful spa on the property.

Begin your day with a visit to the local market on the lake this morning, where you will find fresh produce grown around the lake in addition to locally made jewelry, textiles, and handicrafts.

Behind the market is the beautiful Nuang Oak Monastery, a quiet respite from the busy market.

Before returning to the hotel, you may wish to visit the Ngapchechaung Monastery famed for the old lacquered images of Buddha in addition to the monastery cats that have been trained to jump through hoops, a slightly strange experience, but very unique.

This afternoon, you have the option to hike up to a small temple and monastery with vast views of the lake, or to simply relax at the hotel and enjoy your final night in Burma.

Meet your return flight this morning from Heho back to Yangon.

Enjoy a traditional Burmese lunch with your guide and his family this afternoon, before your international departure home this evening.