Beijing, China’s imperial city, sets the stage for a glimpse into the past and future of the Middle Kingdom. 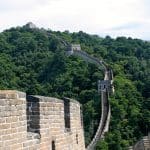 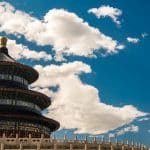 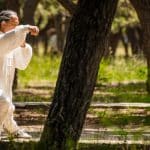 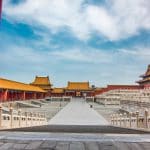 Upon your arrival in Beijing, you will be met at the airport and transferred directly to your hotel.

Beijing has served as China’s capital since the Yuan dynasty (1279-1368 AD), when Mongol rulers gave the city its grid-like design centered on a North-South axis. The Ming (1368-1644) and Qing (1644-1911) dynasties endowed Beijing with its most splendid historical sites, notably the Forbidden City, Temple of Heaven, and Summer Palace. Today, as in the past, Beijing exerts its influence over the country not only through hard political power, as the home of the central government, but also through soft power, as the vibrant intellectual and artistic capital of China. It is a metropolis of mesmerizing contrasts, where narrow hutong lanes lined with traditional courtyard homes coexist with bold skyscrapers on vast avenues, and where the famously witty native Beijingers brush shoulders with migrants from around the country and the world who come here to make their mark.

For dinner, head to “Ghost Street,” so called because its Mandarin name, gui jie, is pronounced the same as the word for “ghost,” also gui. Here, bustling eateries and red lanterns offer a festive and lively nighttime atmosphere. Step into a renovated siheyuan at a popular restaurant serving modern Beijing cuisine, where you will enjoy a Peking Duck dinner.

Begin your first full day in the very heart of Beijing at Tian’anmen Square. One of the largest urban squares in the world, Tian’anmen Square is bustling with visitors, kite-flyers, and vendors congregating in the absolute center of the Middle Kingdom.

From this vantage point, you can take in the past, present, and future of China: The iconic portrait of Mao Zedong, his mausoleum, the Soviet Era Great Hall of the People and the National Center for the Performing Arts down the road, known as “The Egg,” for its avant garde, and controversial, dome-shaped structure.

Next you will explore the Forbidden City, the Ming and Qing Dynasty Imperial Palace. The biggest and best preserved cluster of buildings in China.

After lunch, enjoy a guided pedi-cab exploration of the city’s traditional neighborhoods, called hutongs, a labyrinth of lanes that have served as homes to Beijing’s residents for hundreds of years. Making your way along the alleyways, you’ll visit a traditional courtyard home (siheyuan), and immerse yourself in Beijing life.

Afterwards, set off for a private Chinese cuisine cooking class. Following your hands-on class, conducted under the guidance of a professional chef, sit down to enjoy the delicious meal you’ve just cooked.

Start the day with an early morning private Tai Chi lesson with a Tai Chi master at the Temple of Heaven. A vast complex of Chinese architectural masterpieces used by emperors for offering sacrifices, the Temple of Heaven now serves as a lively gathering spot for local Beijingers to practice Tai Chi, play music, and dance.

Next, take advantage of your early start as you navigate the 3,000 stalls and shops of Beijing’s biggest and most colorful “antiques” flea market. Particularly bustling in the mornings, Panjiayuan is a trove of woodcarvings, Mao kitsch, crystals, Ming-style furniture, coins, jewelry, paintings, Cultural Revolution posters, and Tibetan paintings, as well as replica antiques.

Enjoy lunch at one of your guide’s favorite noodle restaurants. At this popular spot, you can choose from a plethora of fresh, made-on-the-spot noodles typical of Shanxi, a province a few hundred kilometers west of Beijing, including yige mian, a single strand of hand-pulled noodle that fills your entire bowl, and you mian, a steamed, chewy noodle.

Freshen-up at the hotel and meet your guide for a visit to the outskirts of the city. Ground zero of China’s buzzing contemporary art scene is the 798 Contemporary Art District in Dashanzi, a complex of former state-run electronics factories built with “fraternal” assistance from East Germany in the 1950s. Now open to the public, they have been converted into hip galleries that exhibit pieces by the brightest stars and emerging players of the Chinese and, increasingly, global art worlds.

After dinner, enter the Red Theatre and follow a young monk’s spiritual coming of age in the live performance of “Chun Yi: The Legend of Kung Fu.” While Kung Fu is an age-old martial art form, this contemporary performance showcases a mixture of Kung Fu, stellar acrobatics, and modern dance, as well as contemporary lighting and music.

In the morning, meet your guide and drive one-and-a-half hours to visit the Great Wall at Mutianyu. A hike along the Mutianyu section of the Great Wall, outside Beijing proper, affords views of the Wall snaking over the precipitous mountain ridges on the horizon.

A visit to the Great Wall is well complemented by a casual Western lunch in Mutianyu village, where you’ll find a unique cafe and restaurant housed in a restored countryside elementary school near the foot of the Great Wall.

Upon returning to city, if time permits, make your way to the Empress Dowager Cixi’s “paradise of hills and waters,” the Summer Palace, an extravagant imperial retreat built in what was then a remote location and is now a one- to one-and-a-half-hour drive from the Temple of Heaven. Explore the royal setting around the Summer Palace’s Kunming Lake, a beautiful man-made body of water that required an army of over 10,000 laborers to complete.

After breakfast, transfer to the Beijing International Airport to catch your return flight, or continue on to your next Willing Foot journey in China.