The beauty of Guizhou is rich in color and texture; from the mountainous green landscape to the vibrant traditional clothing and textiles of the regions’ ethnically diverse population. 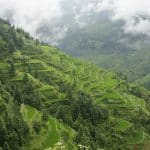 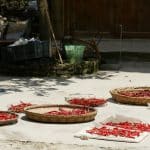 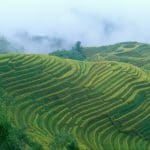 Upon arrival, you will be met by your local Guizhou guide, who will be with you throughout your stay. Transfer by private car to your modern 5-star hotel located within walking distance from the People’s Square.

Located in central Guizhou, Guiyang, or “precious sunshine” in Chinese, is a walled city that was built during the Ming Dynasty (1368- 1644). The city has a significant political history, as both Chiang Kaishek’s operations base against Mao Zedong in 1935, and as the center of Nationalist Government activities in 1944-1945.

If time permits this afternoon, visit Jiaxiu Pavilion. The pavilion, which dates back to the Ming dynasty, was built in the very middle of the Nanming River. By placing it in the middle, the builders hoped to tame the unruly Nanming.

This evening enjoy a festive dinner, welcoming you to Guizhou.

Today, explore the traditional culture of the old Han (Chinese) ethnic group. The ancestors of these villagers migrated from Jiangxi Province to Guizhou Province during the Ming Dynasty (1368-1644).

Meet your guide following breakfast at your hotel and walk through the local vegetable market, where you will get a sense of the start of a normal day in Guizou.

You will drive from the city to the village of Jichang , where women still dress in traditional blue Ming dynasty costumes and where houses remain faithful to Ming architectural styles. After lunch in a home in the village, you’ll see a local opera performance, celebrated for the performers’ exquisite wooden masks. Opera in this area originates from around 1398, during the reign of Ming Dynasty Emperor Hongwu, when the armed forces of north China entered Guizhou. Local history tells of the soldiers and commanders who created this type of opera to pass the time and relieve their homesickness.

Return to Guiyang in time for dinner at a local Dong nationality restaurant.

Begin your day with a drive through the beautiful countryside with its terraced hillsides and quaint towns on your way to Kaili, the center of the Miao culture in eastern Guizhou.

There are a number of theories among scholars about the origins of the Miao people, with no certain conclusion. Some put their original homeland as Mongolia, Tibet, or even Lapland, but it is widely believed that they originated in the Yellow River valley some 4500 years ago.

The Miao have their own story. Local legend has it that they originated from the eggs of a butterfly, that emerged from a maple tree (maple is now a sacred tree that cannot be cut down), and married a bubble. The butterfly laid twelve eggs, looked after by a mythical bird (jiyu) for years, until they hatched. The eggs gave life to a water buffalo, a Miao man called Jiang Yang, a dragon, a snake, an elephant, a tiger and a thunder god, as well as abstract phenomena like disasters, calamities and ghosts. Today, the butterfly, jiyu bird and other animals are kept alive in the colorful and whimsical Miao embroidery.

Arrive in Kaili in time for lunch (travel time 2.5 hours), after which, you will continue south to visit Qingman Miao Village. Qingman Miao is inhabited by Middle-Skirt Miao, one subgroup of Miao ethnic minority group, known for their traditional costumes and houses, as well as their exquisite embroidery.

Later, you’ll visit the smaller Shiqing village, where there will be a chance to visit a local Miao artist who paints fascinating works, dubbed the “farmer’s paintings.”

Return to your comfortable and hotel, where you’ll find simple accommodations and a charming staff.

Begin your day with a Chinese breakfast which, in Guizou, often means wheat noodles. Then, drive to the pleasant riverside town of Chong’anjiang (1.5 hours). If your timing is right, you will catch Chong An’s fifth-day market, where you will be battered and bruised by crowds of diminutive Miao grandmothers as they bargain for local crafts or bring in clothes for dyeing in boiling vats of indigo.

A half-hour hike brings you to Wangba, a quiet village inhabited by the Gejia minority. Here you will learn about their culture, of which very little is known by outsiders.

In the late afternoon, return to Kaili. If time permits, visit the Kaili Museum before returning to the hotel for some quiet time before dinner.

This morning, transfer two and a half hours back to Guiyang airport where you will meet your flight, returning home, if this is the end of your stay, or continuing on to your next Willing Foot destination.