Tibet, a sacred land of stunning monasteries and monks in crimson colored robes, lies atop a vast plateau surrounded by soaring white mountains. 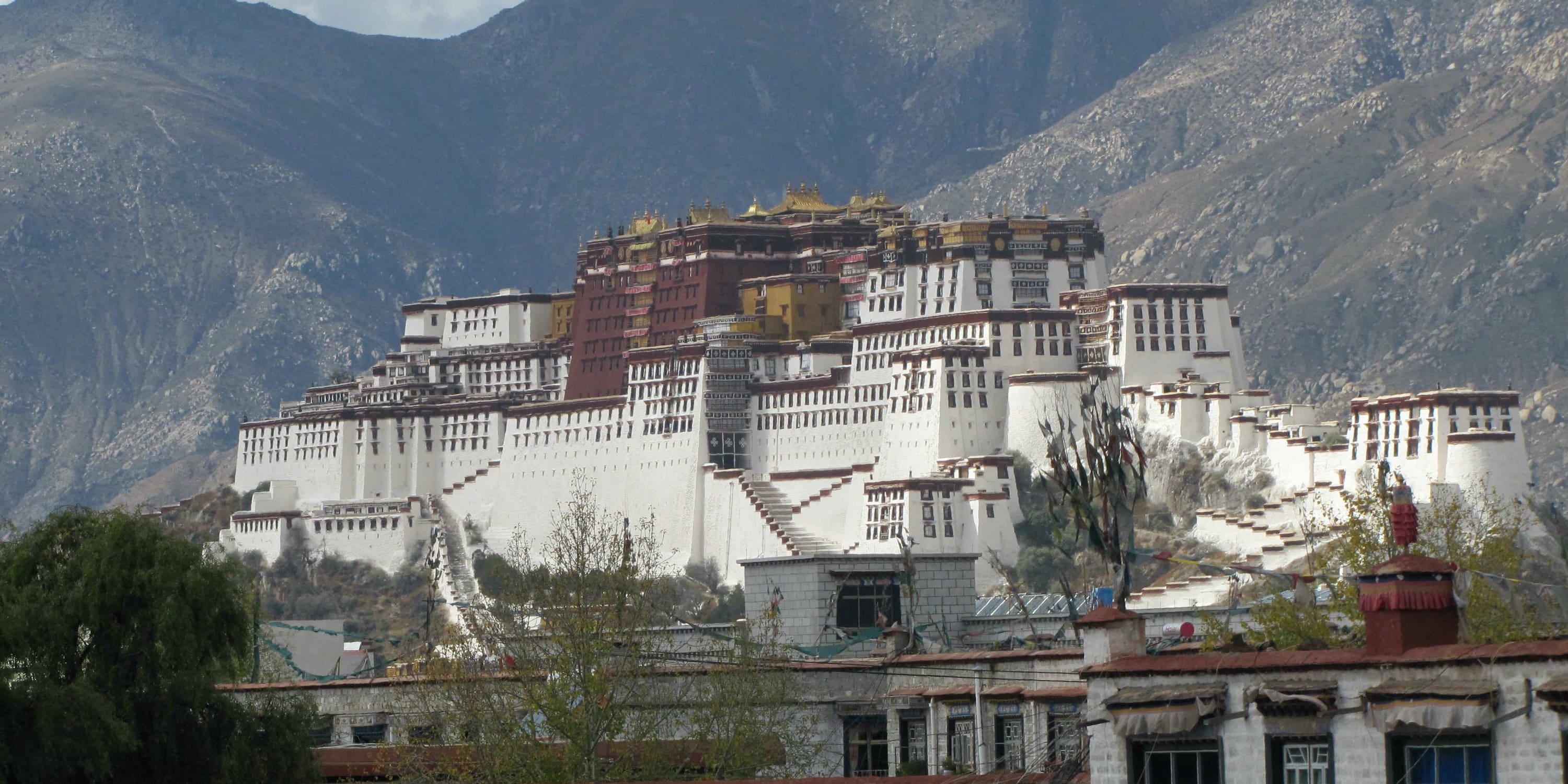 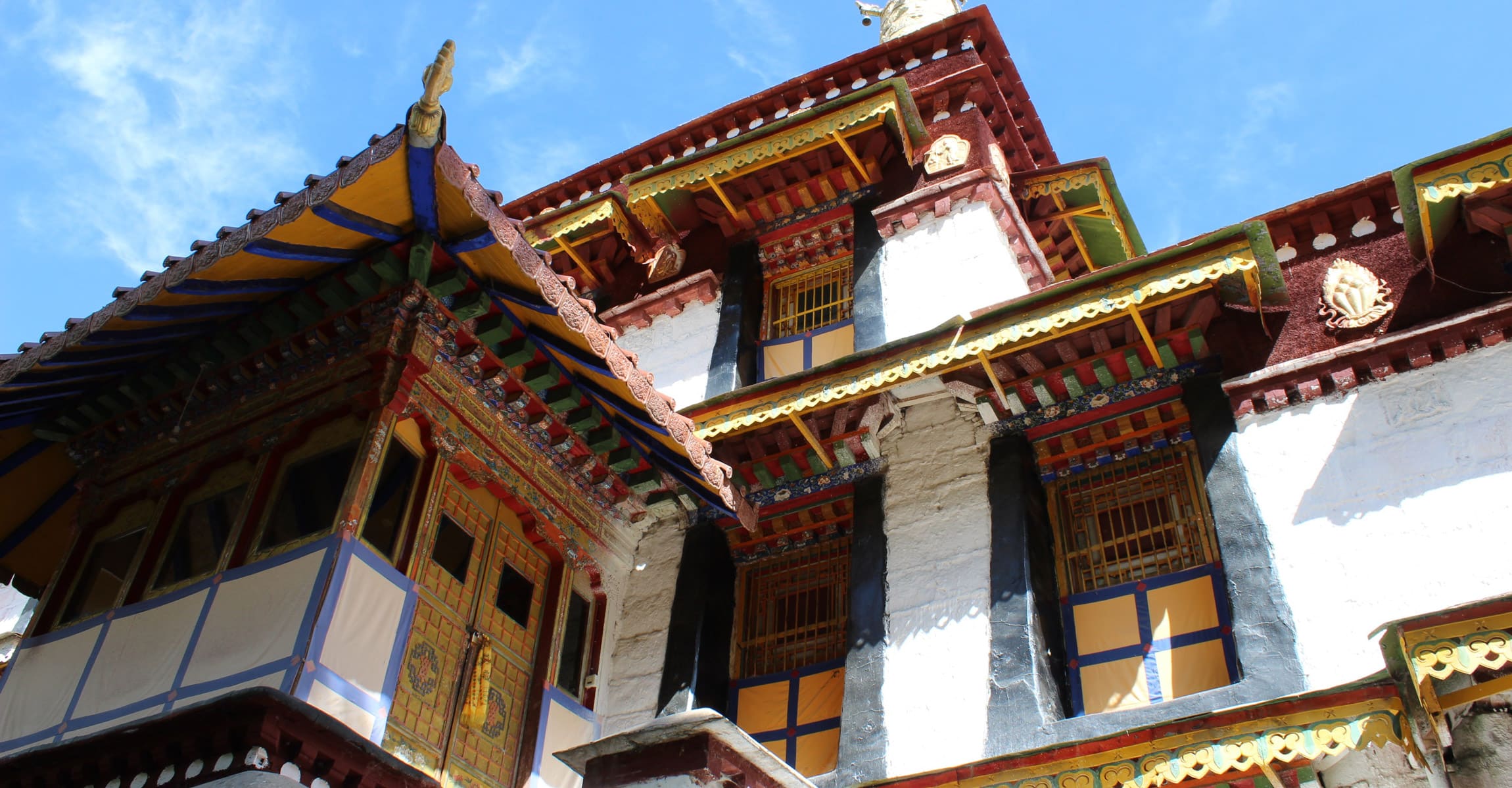 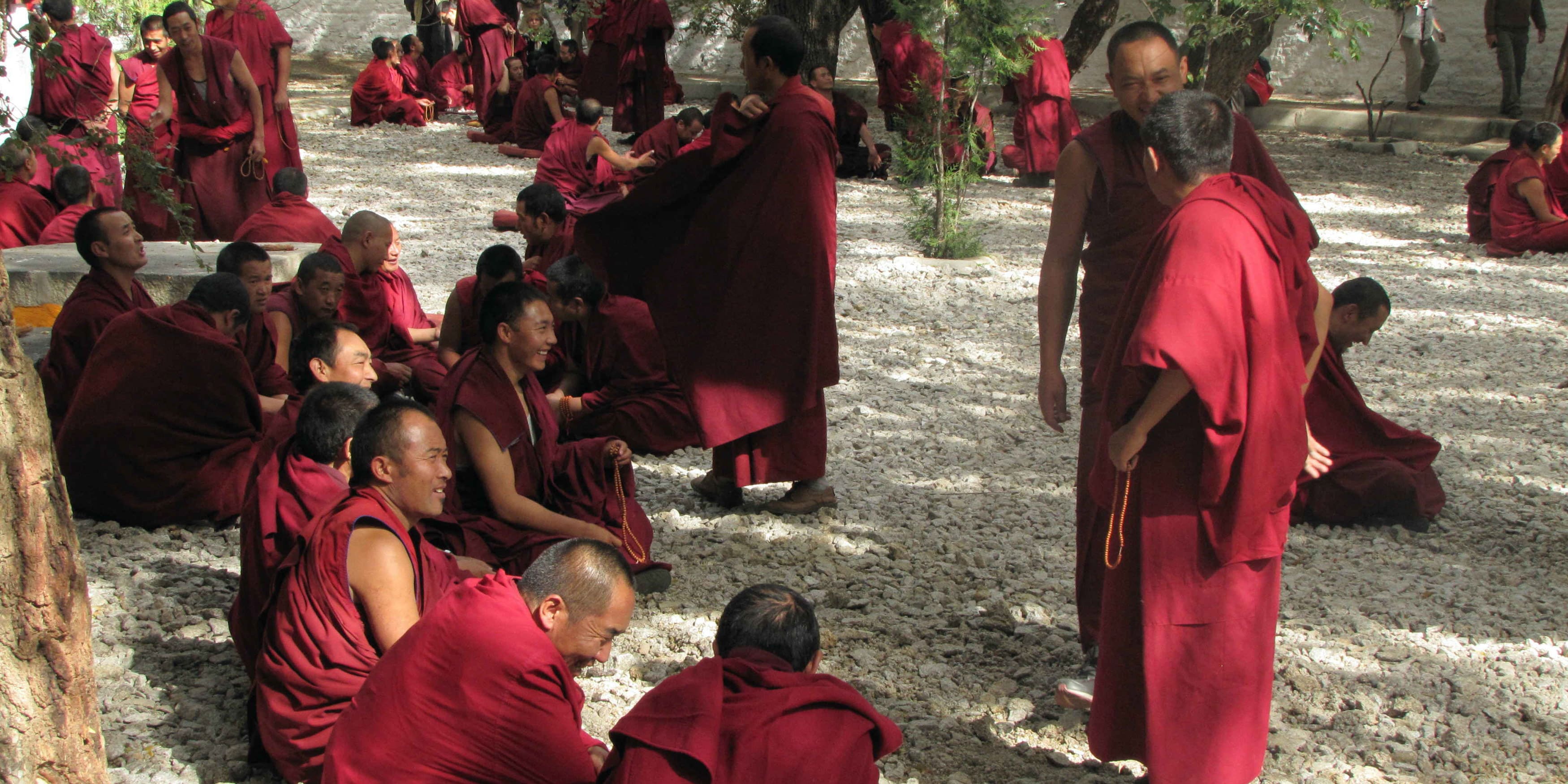 After a spectacular flight above the Tibetan Plateau, your local Tibetan guide will greet you at Tsedang’s Gonggar Airport. On the drive to Tsedang town, your guide will share stories and information about this area, as well as insight into Tibet’s long history.

You may choose to rest and become acclimatized following the sudden ascent from the lowlands to an altitude of over 3,000 meters (9,800 feet) above sea level. When you are ready to explore, if time permits, visit the Yumbu Lagan Palace and Changzhu Monastery.

The Yumbu Lagan Palace is a reconstruction of Tibet’s oldest palace, which today houses statues of Buddhas and Tsanpos, and ancient Tibetan rulers, from various historical ages.

Your final stop today, the Changzhu Monastery, is the 7th century home of Princess Wen Cheng and King Songstan Gampo. Legend has it that the couple moved here after King Songstan Gampo established his capital in Lhasa. The graceful winding interior of the structure has been renovated several times over its long history, maintaining its striking beauty throughout.

Enjoy a simple dinner and a quiet evening in preparation for tomorrow’s exploration. Throughout your journey, your meals will feature local Tibetan cuisine. Meals are based around an assortment of barley flour-based items, such as dumplings and noodles, as well as red meat, which includes yak and mutton.

After breakfast at your hotel this morning, follow the Tsangpo River to the fantastic Samye Monastery, believed to be Tibet’s first monastery, built between 775 and 779 A.D. The original building is no longer intact, due to damage in both wars and natural disasters through the centuries. Yet the monastery has been re-built each time and remains a lasting symbol of Tibetan identity.

Prepare yourself for even higher elevation as you approach Lhasa, one of the world’s highest cities, located at an elevation of more than 3,600 meters (11,900 feet) above sea level. As the capital of the Tibet Autonomous Region, this vibrant and fascinating city has been the center of Tibet’s political, religious, economic and cultural activities since the Fifth Dalai Lama moved the capital here in 1642. A city of contrasts, Lhasa offers the visitor an up-close look at some of Tibet’s richest cultural wonders juxtaposed with modern Chinese influences.

Begin your exploration of Lhasa by walking along the pilgrimage route around Jokhang Temple’s circumference on Barkhor Street. Your eyes are greeted by the sight of clansmen from Tibet’s outlying region as you pass endless rows of shops. Escape the bustle of the markets for some of the smaller chapels hidden behind Barkhor Street, where you will have an opportunity to observe lamas lecturing, away from the disturbances of the activity outside.

Begin today with a visit to the phenomenal Potala Palace, the former winter residence of the Dalai Lama. An architectural wonder that rises above the Kyi-chu Valley and is thronged daily with Tibetan pilgrims, the Potala served the lineage of Tibetan Dalai Lamas starting from its construction in 1646 and is now a museum and treasure trove of Tibetan history. Not to be missed are the spectacular Sunlight Halls that house magnificent pearls, jewels and antiques.

Next, explore the Jokhang Temple. Each day, pilgrims from all across Tibet journey to this holiest of temples, some prostrating themselves with each step until they reach the doorsill. Upon arrival, the pilgrims display their piety by reciting sacred mantras, tending to the continuously lit chömay (butter lamps), honoring deities with white scarves and spinning prayer wheels.

Stepping out of the temple, you will head to a Tibetan hospital to meet a medical expert and learn about Tibetan medical history, theory and practices.

This morning, travel the short distance to the ancient and seldom-visited Pabongka Monastery. Local legend holds that the surrounding land was home to two divine tortoises, a male and a female, which now exist in the form of two granite boulders at this site.

Follow a trail on foot, up to the Tashi Chöling Hermitage, for fantastic views of Lhasa Valley, an area rarely visited by anyone other than monks. Continue up the ridge, along the flanks of Phurbu Chok and past the Sera Tse Hermitage to the Dode Valley. From here, you will walk downhill for about 30 minutes for a short visit at a nunnery.

The rest of the day is spent exploring the Sera Monastery, an important spiritual center for Buddhist monks. Visit the printing center, where sutra texts are still printed by hand on traditional Tibetan long paper. You will even have the opportunity to try printing a text of your own. Move on to the animated debate courtyard, where Tibetan monks energetically challenge each other’s views and interpretations of the scriptures. The lively debate provides an excellent contrast to the introspective side of Lhasa.

Back in town, a taste of Tibetan hospitality: you will visit a local Tibetan family for a cup of yak tea. Take this opportunity to learn about the host family and their way of life.

Upon arriving at Shigatse, visit the local market and walk the kora (pilgrimage route) of Tashi Lunpo Monastery. You will visit the monastery itself tomorrow.

After lunch, you will make the drive back to Lhasa (approximately 6 hours). If time permits, end your day with some last minute shopping at Barkhor Street.

This morning, transfer by private car to Lhasa’s Gonggar Airport to connect with your international departure flight, returning home today, or on to your next Willing Foot destination.

Note: Accommodations in Tibet are modern, yet basic. In keeping with local preferences, beds are generally firm, lighting is dim and English language services are often limited. Your English-speaking guide will be available to assist you throughout your stay.