Occupying a large peninsula in the northwest of France, Brittany lies between the English Channel to the north and the Bay of Biscay to the south. During the Dark Ages, the Britons were pushed south across the English Channel from Great Britain, after which Brittany remained a Celtic duchy for over 1,000 years. Regarded as the core area of megalithic culture, Brittany is famed for its megalithic monuments and its rugged and uniquely-colored Atlantic Coast, which has inspired a number of artists throughout the past. 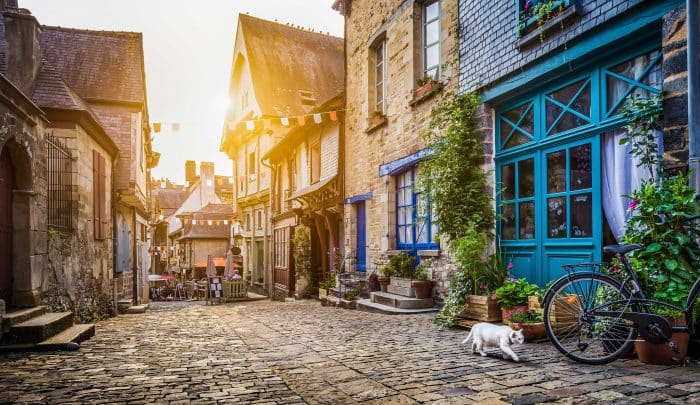 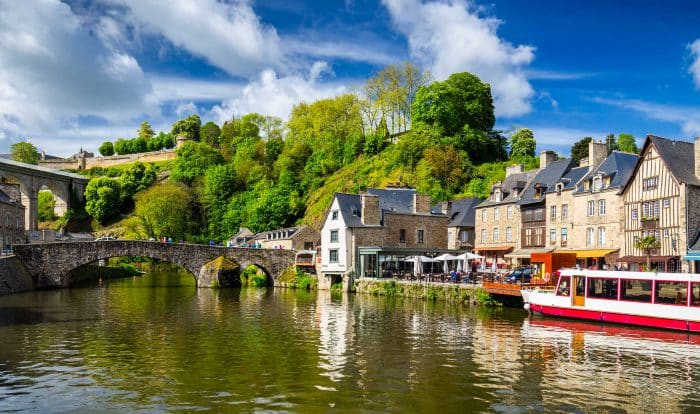 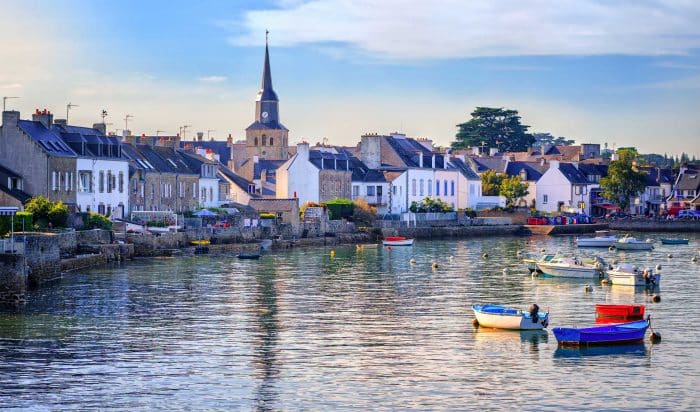 After you collect your bags and head through security at the airport, make your way to the train station, where you will board a high-speed train traveling three hours from Paris to Vannes. A large, thriving town with a fortified old section at its core, Vannes is found on the southern coast of Brittany. Check in at your accommodation, a unique hotel with 15 rooms, decorated with silks and exotic woods and each representing one of the 15 ports of call of the French India Company. You’ll have the remainder of the day in which to explore Vannes, wandering along the pedestrian streets around the open square of Place Henri IV, where half-timbered buildings date back to the 15th century.

As you wander in and out of the boutiques that line the cobblestone streets, break for lunch at one of the many creperies in the area. Next, visit the Vannes Cathedral, which offers an interesting mix of architectural styles, most notably the airy and beautifully lit Chapel of Thomas Ferrier, built in the 16th century.

This evening, we suggest a simple dinner in town; seafood is fresh, and galettes (thin, wide pancakes) are a must in Vannes.

After a classic French breakfast of croissants and fresh orange juice, you will meet your guide and set out on a private tour of the megalithic stones of Carnac and the surrounding region. An expansive array of stones around the village of Carnac, the megaliths are believed to have been erected by Neolithic peoples as early as 5500 BC. Your guide will bring you to some of the lesser-known sites in the area, including a well-preserved megalithic passage grave on the island of Gavrinis, a 15-minute boat ride offshore.

This evening, you may want to reserve a table for a special dinner at the renowned Restaurant de la Mer at Le Domaine de Rochevilaine, which boasts views overlooking the bay.

Take the morning ferry through the scenic Golfe du Morbihan to Belle-Ile-en-Mer, an island off the Morbihan coast of Brittany. Arrive on Belle-Ile in the mid-morning, dropping your bags off at your accommodation, which is located on a cliff 130 feet above the Atlantic in Le Palais. Pick up bicycles on which you’ll tour the island, and select fresh, local ingredients for a picnic in Le Palais, before heading out on the hilly terrain. You will be provided with maps and suggested itineraries which highlight things to stop at and see during your bike tour.

This evening we recommend a relaxed dinner of local seafood and Bretagne beer at a nearby lively pub which faces the harbor, and features live music on summer nights.

Your bicycles remain at your disposal today for a ride to the western coast of the island, the Côte Sauvage (Wild Coast). Here, you’ll see the jagged cliffs which were famously painted by Claude Monet, deep ravines, sea-lashed coves. and fountains of splashing sea spray.

This afternoon, book a spa treatment at the renowned spa on a stunning nearby property overlooking the cliffs. You may wish to remain in the area for a spectacular dinner at a neighboring restaurant, which serves island favorites such as lobster, scallops, shrimp, oysters, local lamb, and organic salads.

Return to the mainland today and return to your hotel by taxi. The remainder of the day and evening will be on your own in Vannes. You have the option of scheduling Ayurvedic spa services at your hotel.

This morning, return to Paris via speed train from Vannes to meet your return flight or to begin the next part of your journey.