Established as a Celtic settlement around 1 AD, Budapest has seen a turbulent history. 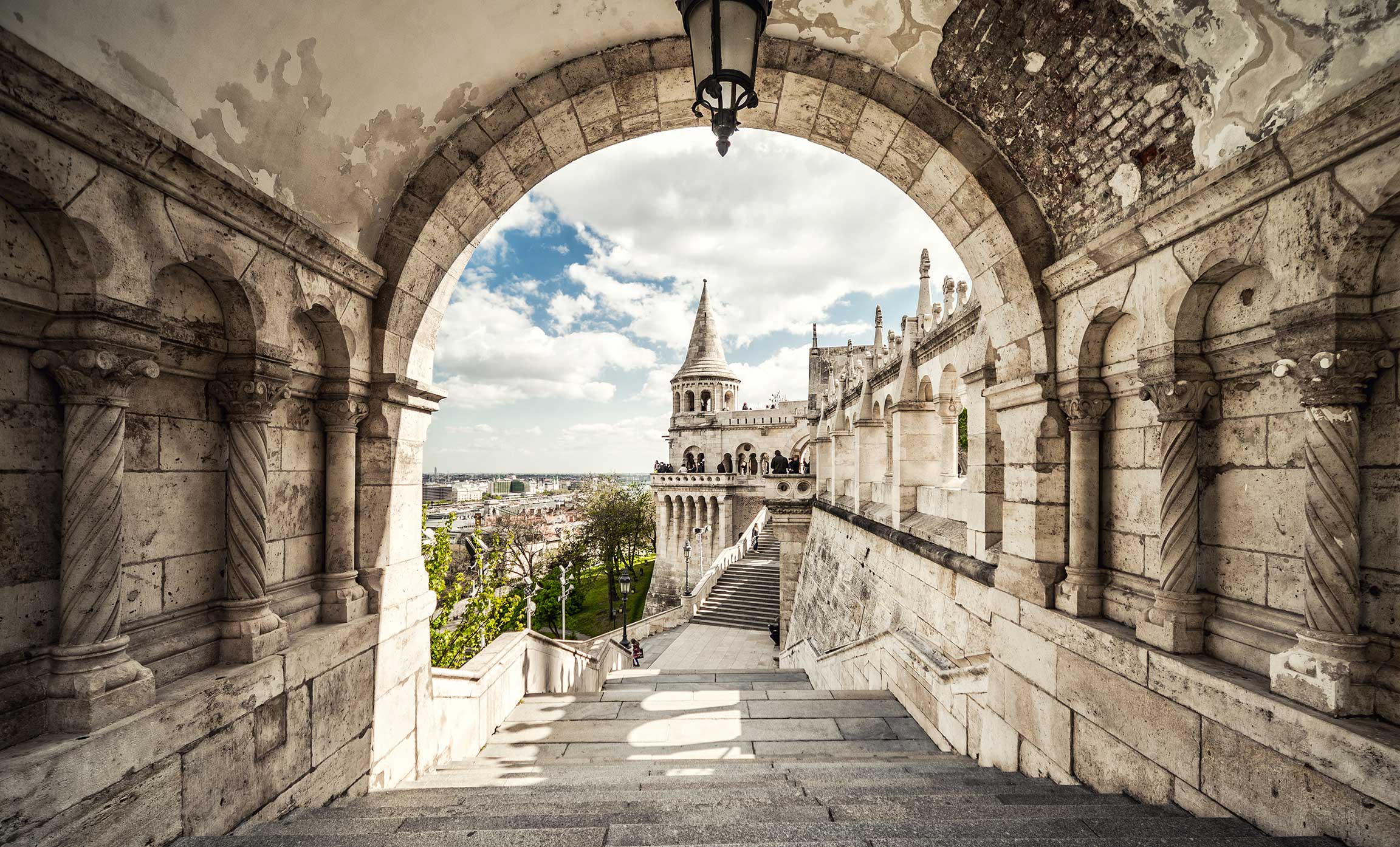 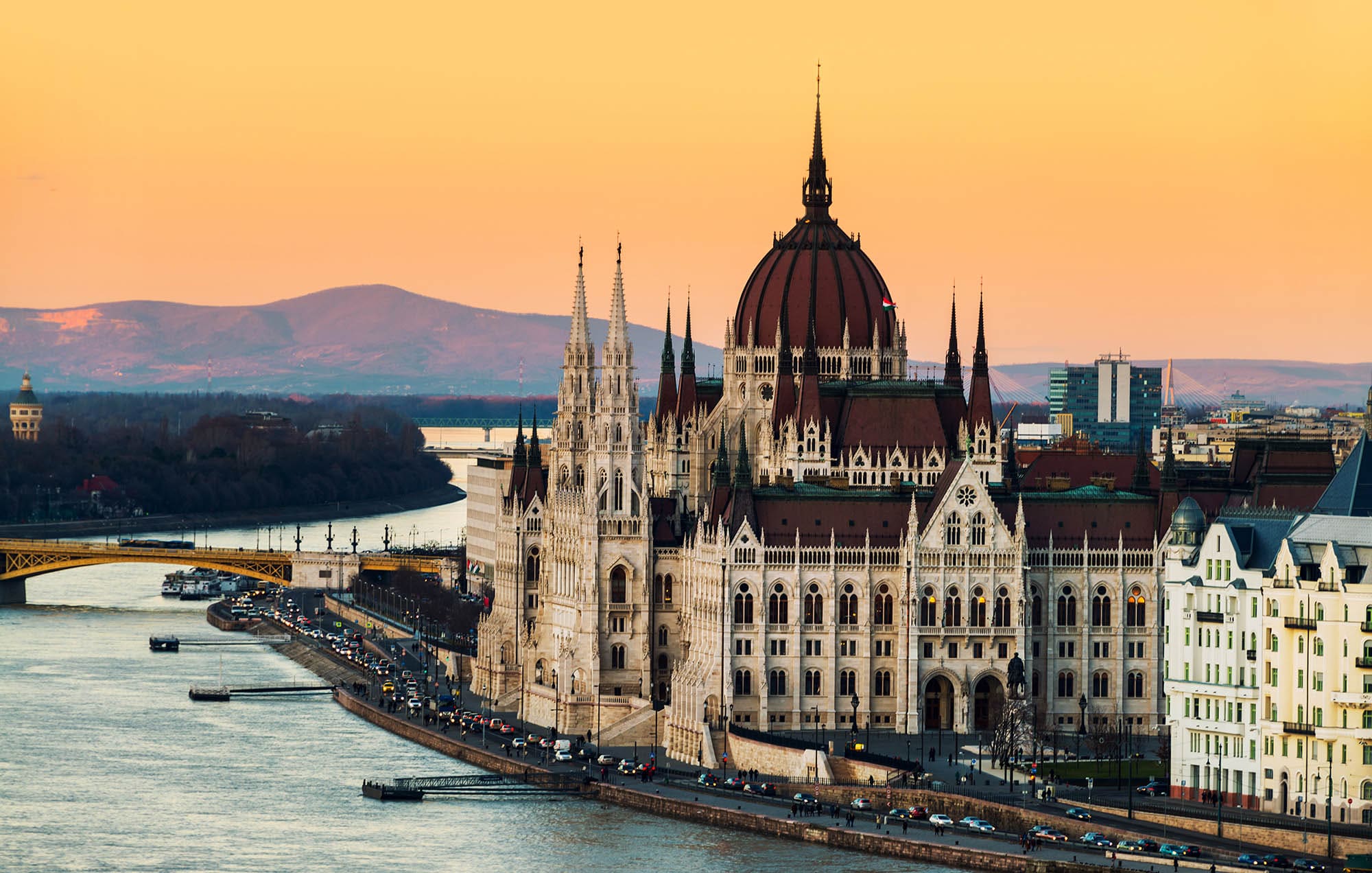 Arriving in Budapest this afternoon, your driver will meet you at the airport for a private transfer to your stylish, modernist hotel overlooking charming fisherman’s houses along the Danube. The hotel displays the artwork of various local artists, and guestrooms are spacious riverfront rooms with views of Hungarian Parliament and the city’s castles.

Grab your swimsuit and head for the Szechenyi baths, above the Szechenyi Metro Station in the City Park. Here you’ll recover from any lingering jetlag with a soak in one of Budapest’s restorative baths. The bath complex, built in 1913, offers 15 pools of varied temperatures; here you’ll discover why the Romans called their once-thriving city Aquincum.

Later, visit a favored local restaurant where you can sample homemade strudel with coffee or enjoy a delicious dinner paired with Hungarian wine.

Return to your hotel by taxi this evening.

This morning, meet your guide in the hotel lobby and begin your day with a walking/driving city tour through Pest, the commercial heart of the city. Noble Pest is staggering, with its grand boulevards, marvelous mansions, pedestrian streets and massive government buildings.

Stop for lunch in a cafe across the river from the dramatic neo-gothic Hungarian Parliament Building. Afterward, you’ll continue your walking tour. With remarkable passion for her subject, your guide will interpret the long and dramatic history of the city. Contemporary Budapest has emerged from a complex and sobering history of not only the Hungarian Jews and the Gypsy populations but also of the Hungarian populace during their years behind the Iron Curtain. The great Synagogue, one of the largest in Europe, forms part of a larger complex that will have great meaning for students of Jewish history.

Later this afternoon you’ll embark on a one-hour boat tour along the Danube, with a complimentary drink included.

This evening, you may choose to dine either at the hotel’s restaurant, which serves fresh Asian and Mediterranean inspired cuisine, or at any one of the local restaurants which we suggest.

After dinner, walk through the city’s buzzing square Erzsebet Ter, bustling with live musicians on summer nights and in close proximity to a famous nightclub and art space that comes to life after 10 pm.

This morning, you will be met by your guide at the hotel for a twenty minute drive to the Royal Palace of Godollo, a Baroque palace that served as the summer residence for Emperor Francis Joseph and Queen Elizabeth, commonly and affectionately referred to as Sissy. While the palace has the largest surface area of any palace after Versailles, it maintains a comfortable and intimate feel. After passing through the Emperor’s suite of rooms and the lovely Chapel, you’ll arrive at Sissy’s wing, boasting a somewhat familiar feel, as the Queen was quite contemporary in many ways.

Returning to the city center continue on your own, stopping for lunch at a favorite haunt of Sissy’s. A cafe-confectionery dating to the mid-19th century, the café is not the trendiest spot in Budapest, but was once frequented by the Queen for the violet sorbet made especially for her.

After lunch spend some time wandering the streets around Parliament Square, with shops selling all kinds of eye-catching objects of Jugendstil and Bauhaus styles. Later, head down to the subway for a short trip up to the Hungarian Opera House. A small train brings you to front of the Opera House, built by the Emperor and frequented by the Queen.

Dinner and the rest of the evening are at leisure. We will provide you with restaurant recommendations.

If you would like to return to the Opera House for a performance, your guide can help you with tickets for this evening.

If you have time before you depart this morning, you may wish to visit one of the city’s museums on your own. Your options range from the second most important collection of Spanish art outside of the Prado to the Ethnographic, Stamp, History and Marzipan museums.

Return to the airport in time to meet your departure flight home or to continue on to your next Willing Foot destination.

This evening, you may choose to dine either at the hotel’s restaurant, which serves fresh Asian and Mediterranean inspired cuisine, or at any one of the local restaurants which we suggest.