A land of color, Rajasthan is the largest and most geographically diverse state in India. 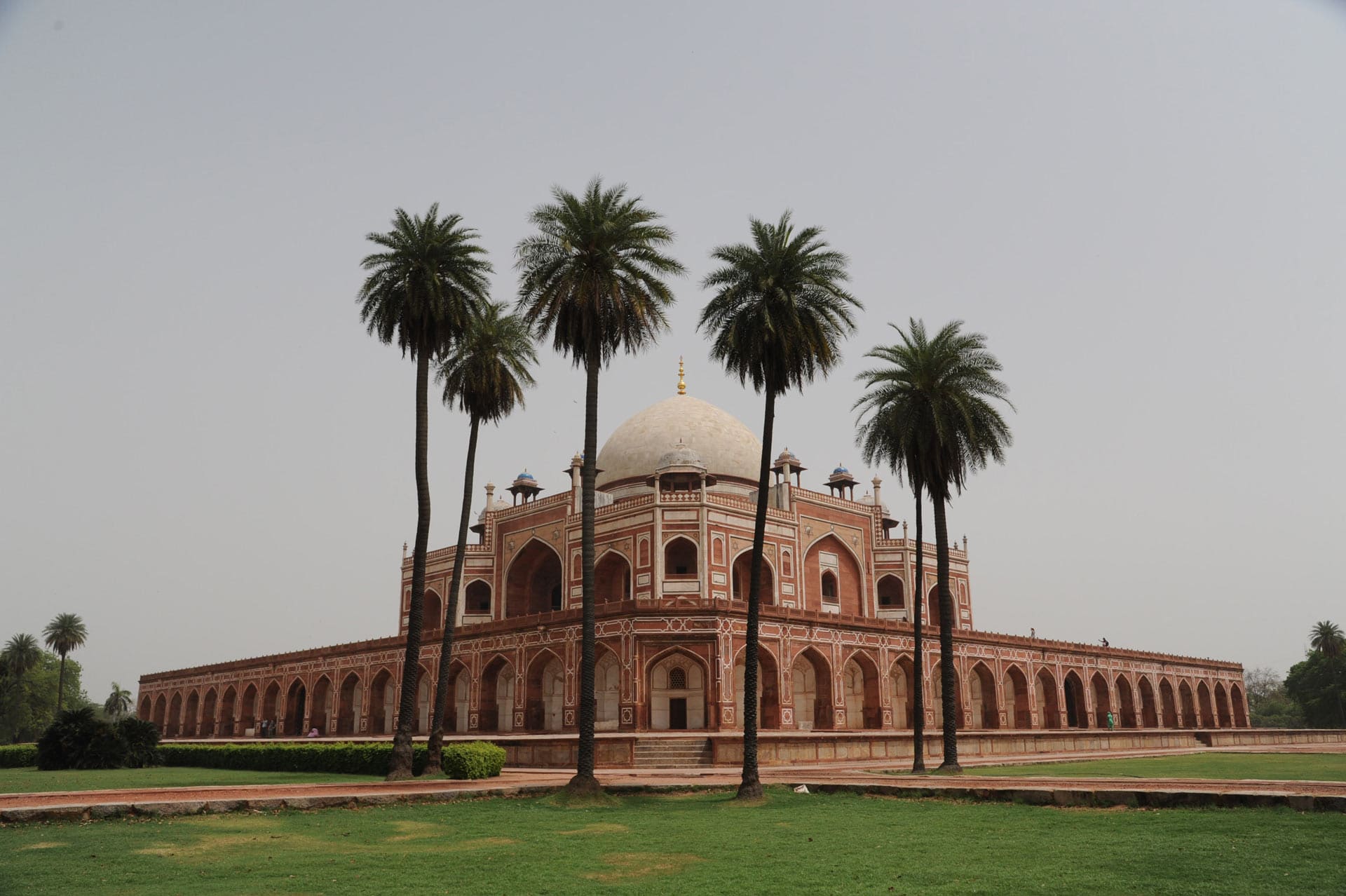 After check-in and breakfast at your hotel this morning, you will be taken on a full-day sightseeing tour of Delhi, one of the world’s fastest growing cosmopolitan cities.

Old Delhi pulses with energy and color. Thronged bazaars, laced by a maze of narrow streets which twist between tall, leaning houses, is full of the sights, sounds, and aromas unique to India. Here, you’ll visit the famous Red Fort and its surrounding bazaars, and Jama Masjid, India’s best-known mosque with its tapering minarets and wonderful marble domes. After a rickshaw ride this afternoon, you’ll head to Chandni Chowk, one of the oldest and busiest markets in Delhi.

By contrast, New Delhi stands in formal splendor with wide boulevards, beautifully landscaped parks, a magnificent Parliament Building, the Rashtrapati Bhawan (the official residence of the President of India), and India Gate. You’ll also visit Qutab Minar, the 237-foot high tower dating back to the 13th century, and Humanyun’s Tomb, which was built in the 16th century and is architecturally considered the forerunner of the Taj Mahal.

This morning, you will be picked up from your hotel in Delhi and transferred to the airport to meet your flight to Jodhpur.

Upon arrival at Jodhpur Airport, you will be met and driven two-and-a-half hours to the colorful village of Nimaj, located in the center of Rajasthan. A lush green oasis, Nimaj Estate was formerly the private hunting preserve of the local nobility, and it is surrounded today by vast pastures and farms. This unique camp is situated along a low dam overlooking a 100-year-old reservoir, and each superbly appointed luxury tent has locally crafted furnishings, attached baths with running hot and cold water, and a private sitting area overlooking the lake.

Settle into your luxury tent upon arrival, and relax before dinner at the camp. Meals are home cooked, and comprised of farm fresh produce and local ingredients.

After breakfast this morning, you’ll spend the day watching multitudes of migratory birds fly over the lakes, taking gentle guided nature walks, and traveling by jeep for visits to nearby villages, giving you an opportunity to interact with locals in a place where traditions and customs are as old as time.

If you’d like to do something a bit more active, bicycles are available for exploring the surrounding countryside. You may also try your hand at archery with a locally-made bow and arrow, or prepare an exotic Rajasthani dish during a hands-on cooking class.

Enjoy a large dinner this evening, followed by fabulous stargazing.

Depart the camp early this morning for a five-hour drive to Udaipur, also known as the City of Lakes, and considered to be one the most beautiful cities in India. The medieval town is set around a patchwork of lakes and surrounded by low, green hills. Rising along Lake Pichola’s eastern shore is the old city, dominated by the magnificent City Palace.

Check in at your hotel this evening, situated on 43 acres of lush green along the banks of Lake Pichola. Guestrooms are comfortable and the hotel restaurant offers a multi-cuisine menu.

You will be met by your guide this morning at the hotel, before setting out on a full-day tour of the City of Lakes.

Spend the morning visiting the City Palace, a series of interconnected palaces that reveal private apartments, airy gardens on the upper floors, and a small gallery. In another of the nearby palaces, you’ll view a splendid private collection of crystal, before seeing the Maharana’s collection of vintage cars.

After a suggested traditional Rajasthani lunch, continue on a guided walk through the Old City, past a series of havelis (private mansions), and enjoy a cup of tea at a local vendor during an introduction to the arts of Udaipur.

Later this afternoon, you may opt for a private boat ride on Lake Pichola, visiting Jagmandir Island, a pleasure palace built in the early 1600’s, and taking in the lakeside vistas.

After breakfast this morning, you will be transferred to the airport to meet your flight to Mumbai.

Upon arrival at Mumbai Airport, you will be met by a representative in Arrivals and transferred to the international airport in time to meet your return flight home or to continue on to your next destination.