The Amalfi Coast is renowned for its rugged terrain, pastel colored homes and scented lemon groves that overlook charming coves and inlets. 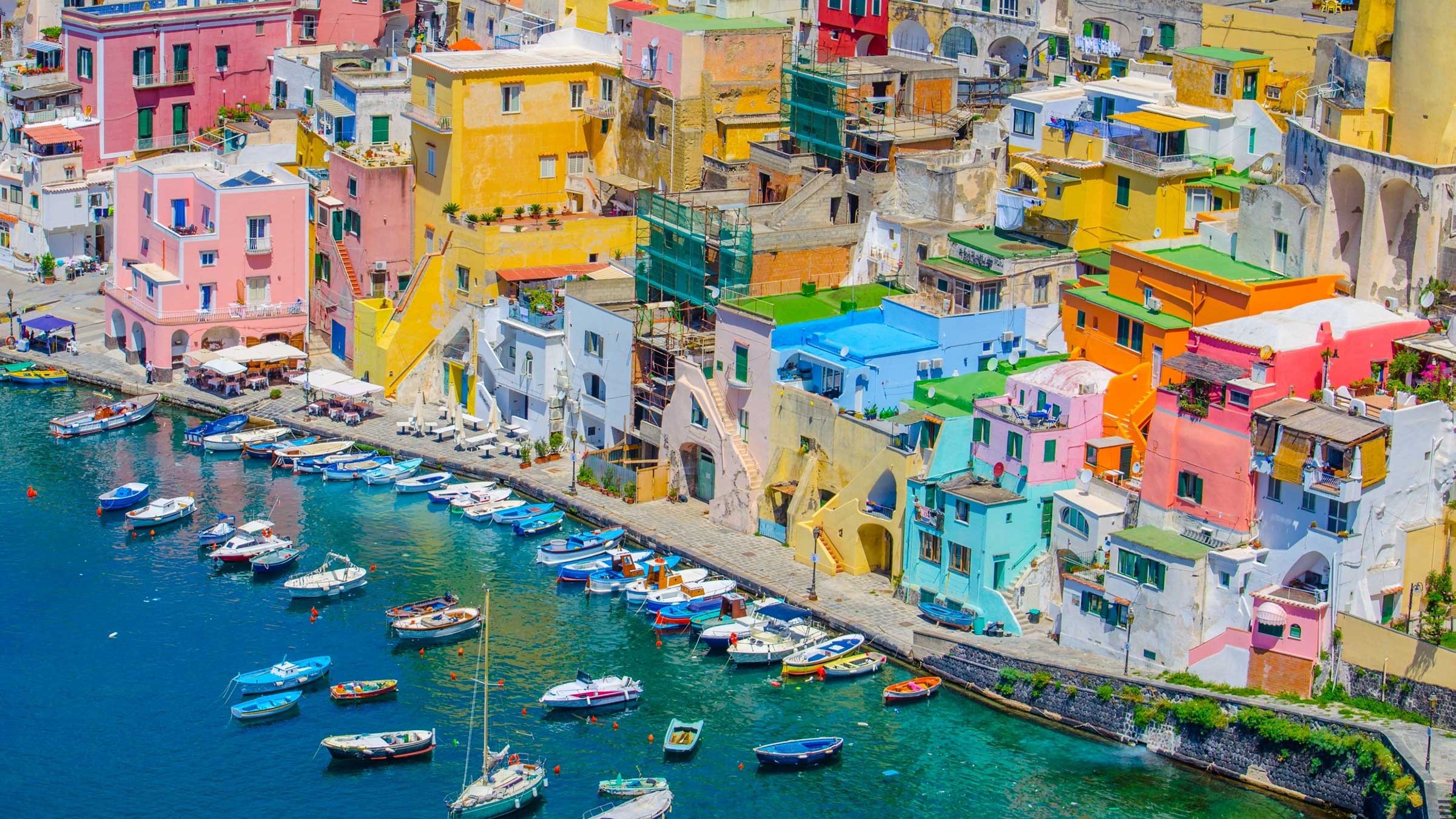 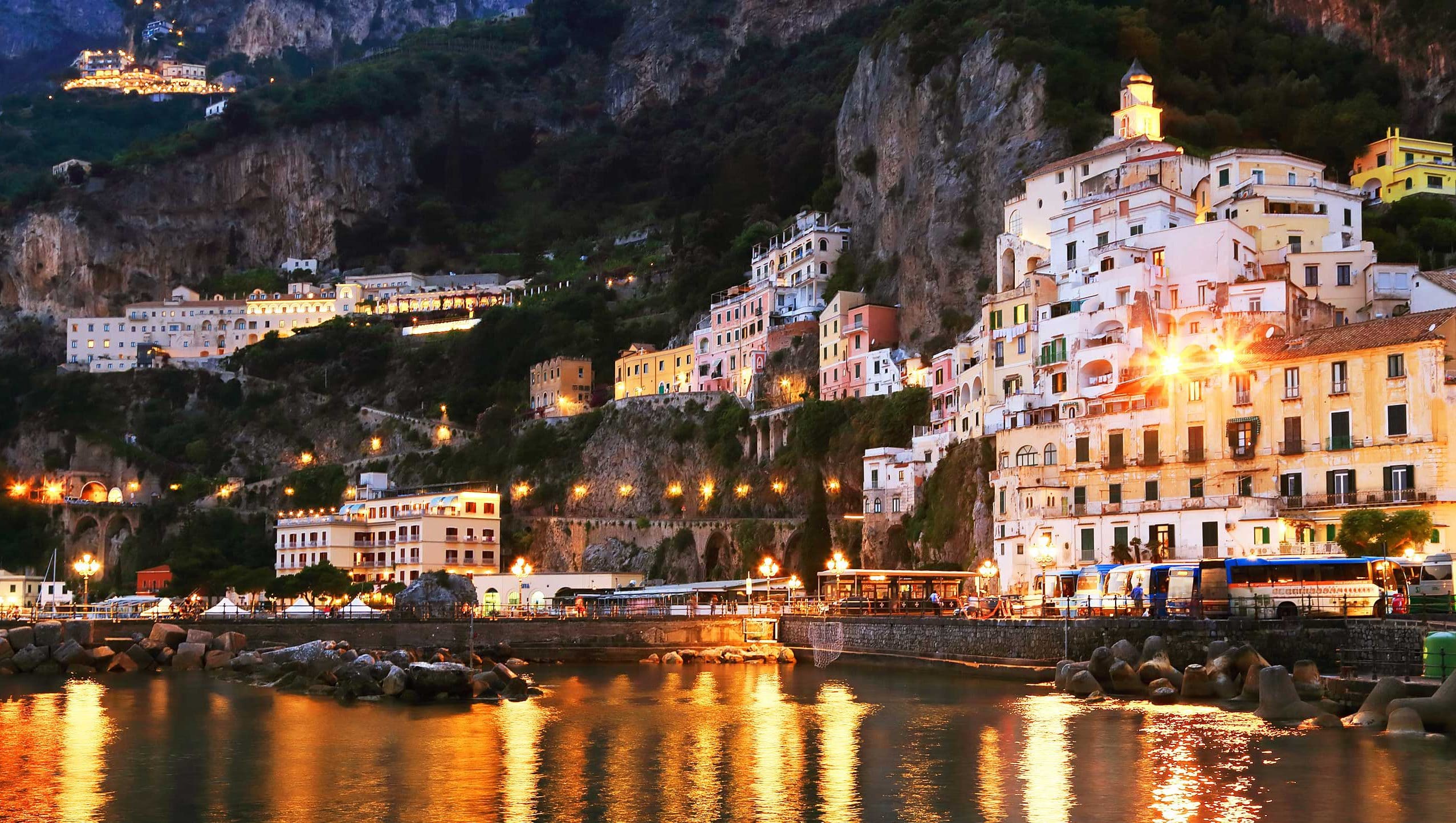 This morning, depart Naples by private transfer, winding along the coast to the Valle dei Mulini (Mills Valley). Gather ingredients for a picnic lunch here, then set out on a rugged three-hour hike, which includes a steep walk down from the village of Pontone to Amalfi. Along the way, you will see the mills used to make the famous Amalfitan paper.

At the end of the hike, you’ll visit an active mill, with a factory-museum on-site, where you will see how the paper is made. You may also visit the Amalfi Cathedral, built in the early 1200s, and connected to an older basilica, and the famous Cloister of Paradise, which contains medieval murals and encloses a lush Mediterranean garden.

Later this afternoon, check in to Hotel Poseidon. Once a beautiful Mediterranean villa, this property, in the heart of Positano, occupies a green space overlooking the “vertical village“ and the Amalfi Coast, one of the most beautiful and picturesque places of the world. For more than 50 years your hosts, the Aonzo family, have offered discreet and elegant hospitality, in harmony with Positano’s image and tradition.

We suggest dining at the hotel’s restaurant, Il Tridente, this evening, where the cuisine celebrates the rich culinary traditions of the region. In warmer months, dine on the outdoor terrace enjoying the splendid pergolas and a breathtaking view of Positano and the bay.

The wine cellar also offers a careful selection of Italian labels, with special focus on the Campania region, featuring local grape varieties which provide the perfect accompaniment to the flavors and aromas of this marvelous region.

Today you will travel on the road that follows the sinuous coastline known as the Costa Amalfitana, considered one of the most spectacularly beautiful scenic routes in the world.  Until the 19th century this area was only accessible from the water or by travelling on foot or on the back a mule.  Discovered by the Grand Tourists of the 18th and 19th centuries, it is now one of the most exclusive tourist destinations in Italy and combines stunning natural beauty with fascinating architectural gems as well as local artifacts, excellent restaurants and hotels that range from the simple and charming to some of the most luxurious in the world.  Begin with an exploration of Positano, which is certainly the prettiest town on the coast with its mostly white houses and shops built on the steep rock, face that descends sharply down to the sea.

The only way to visit Positano is to follow the pedestrian lanes that wind down through the town to the beach, passing luxuriant gardens and shops selling brightly colored beachware along the way.  Near the bottom you will pass the pretty Church of Santa Maria dell’Assunta with its typical yellow, green and blue maiolica dome.  On the beach during high season you can find boatmen willing to take you to the nearby coves that can only be reached via the water – where the best bathing is to be had.

The next stop will be Amalfi, the city that gives its name to the whole coastal area.  In the past Amalfi was one of the four powerful Maritime Republics, together with Genova, Pisa and Venice and its territories extended all the way down the coast towards Salerno.  Today Amalfi is the largest and most bustling town on the coastal drive and is especially worth a visit for its glorious cathedral, which dates to the 9th century – although the façade was completely rebuilt in the 19th century.  The bell tower and the Chiostro del Paradiso – the 13th century cloister, built as a burial place for wealthy locals – should not be missed.

Continue to Ravello, perched high up above the coast and reached by a  winding road that departs from the main coastal route, Ravello is slightly off the main tourist route and is well worth visiting for its beautiful buildings that still incorporate elements of its Sicilian/Arab past.  Wagner’s Parsifal was inspired by the gardens of Villa Rufolo which dates to the 13th/14th centuries but was rebuilt by a Scotsman who preserved much of its original Islamic architectural detail.  This is the venue for the Wagner festival that is held here each summer.

Your final stop will be Vietri sul Mare which is famous today for its brightly colored ceramics. Many of the shop fronts are decorated with charming and colorful ceramic tiles and there are numerous shops selling both the traditional ceramics and more modern adaptations.

This morning, meet your driver at the hotel for your private transfer to the airport, or continue on to the next part of your journey.