Florence was the birthplace of the Renaissance, the period in which the world’s ideas of literature, arts, science, and philosophy were forever transformed. 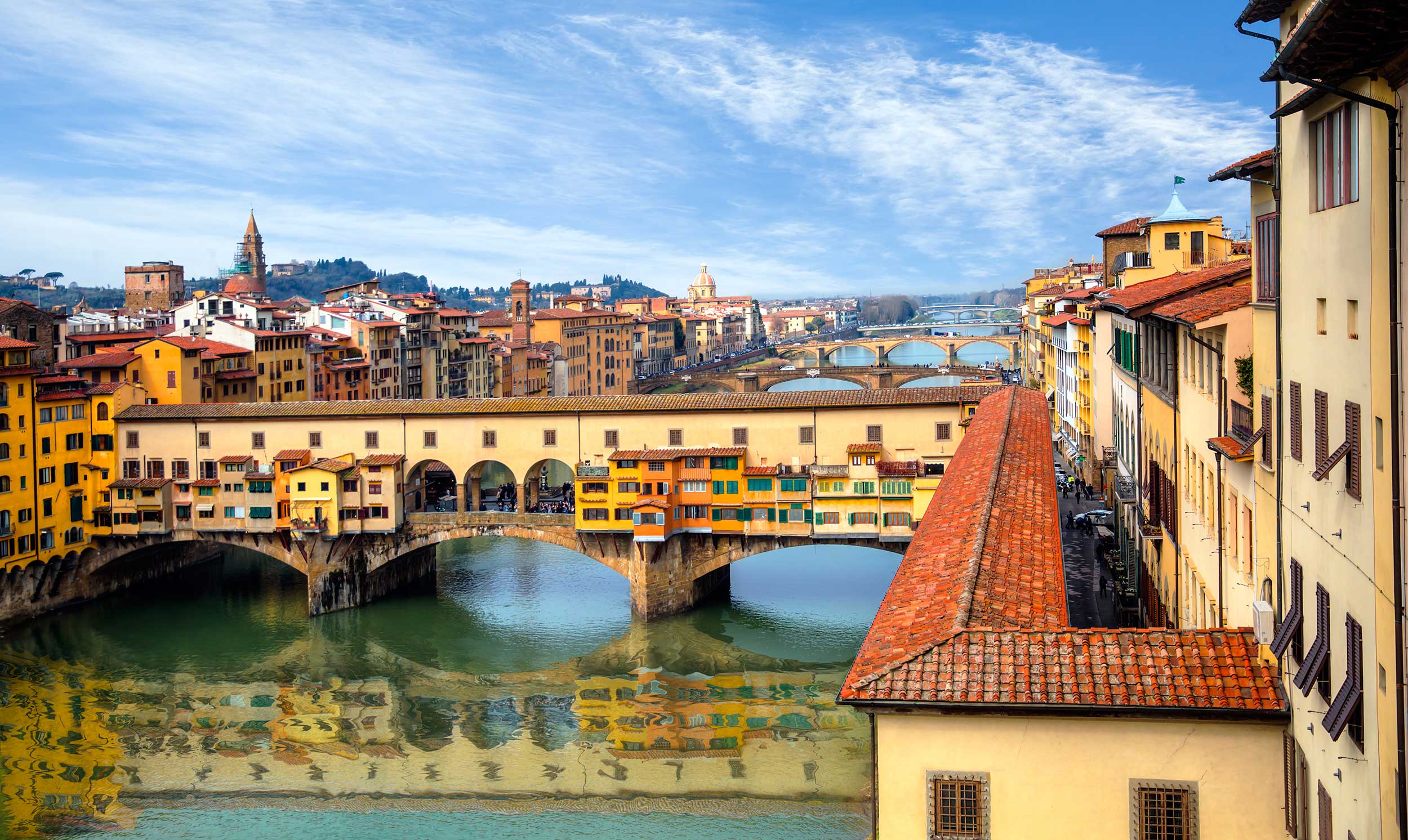 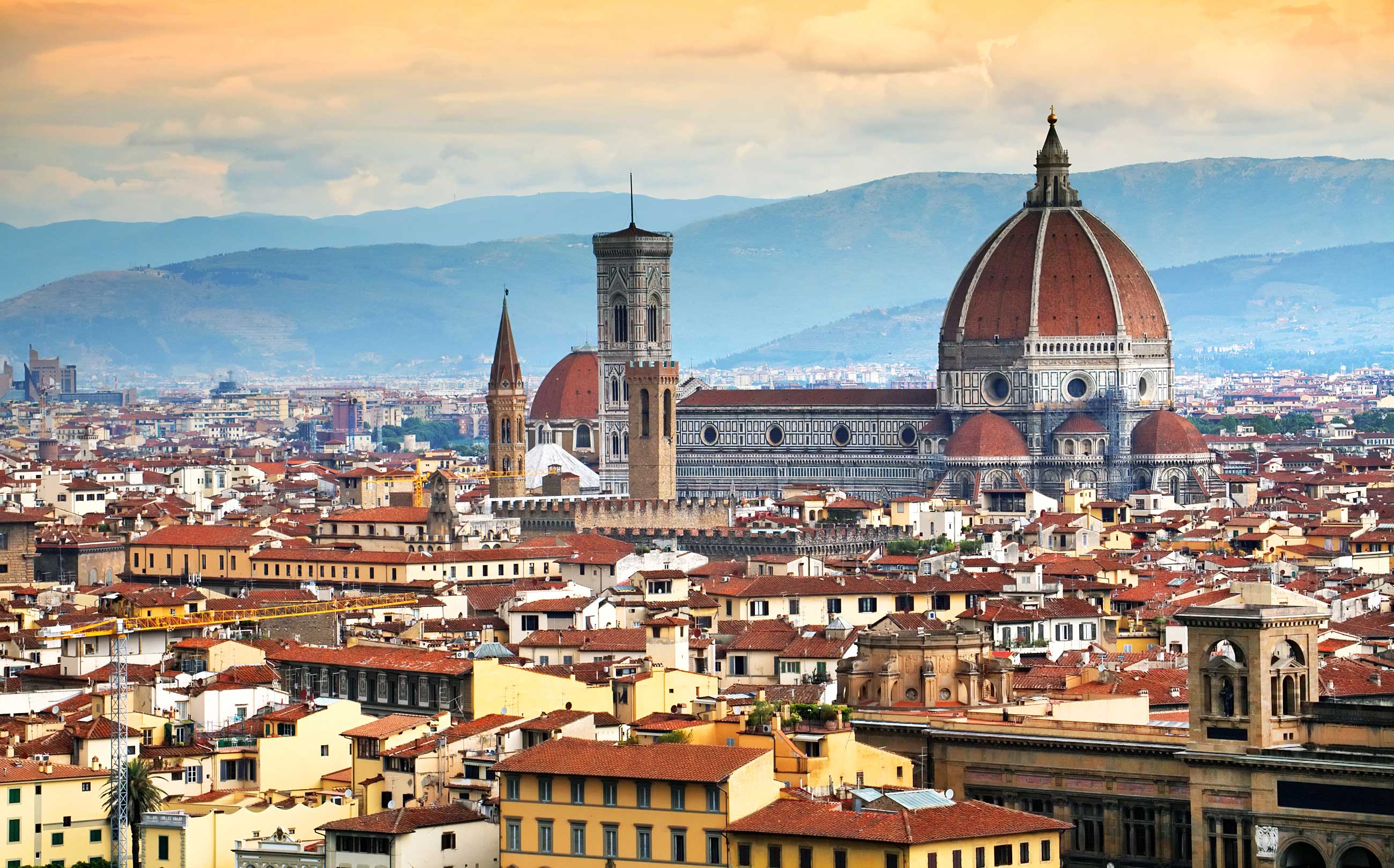 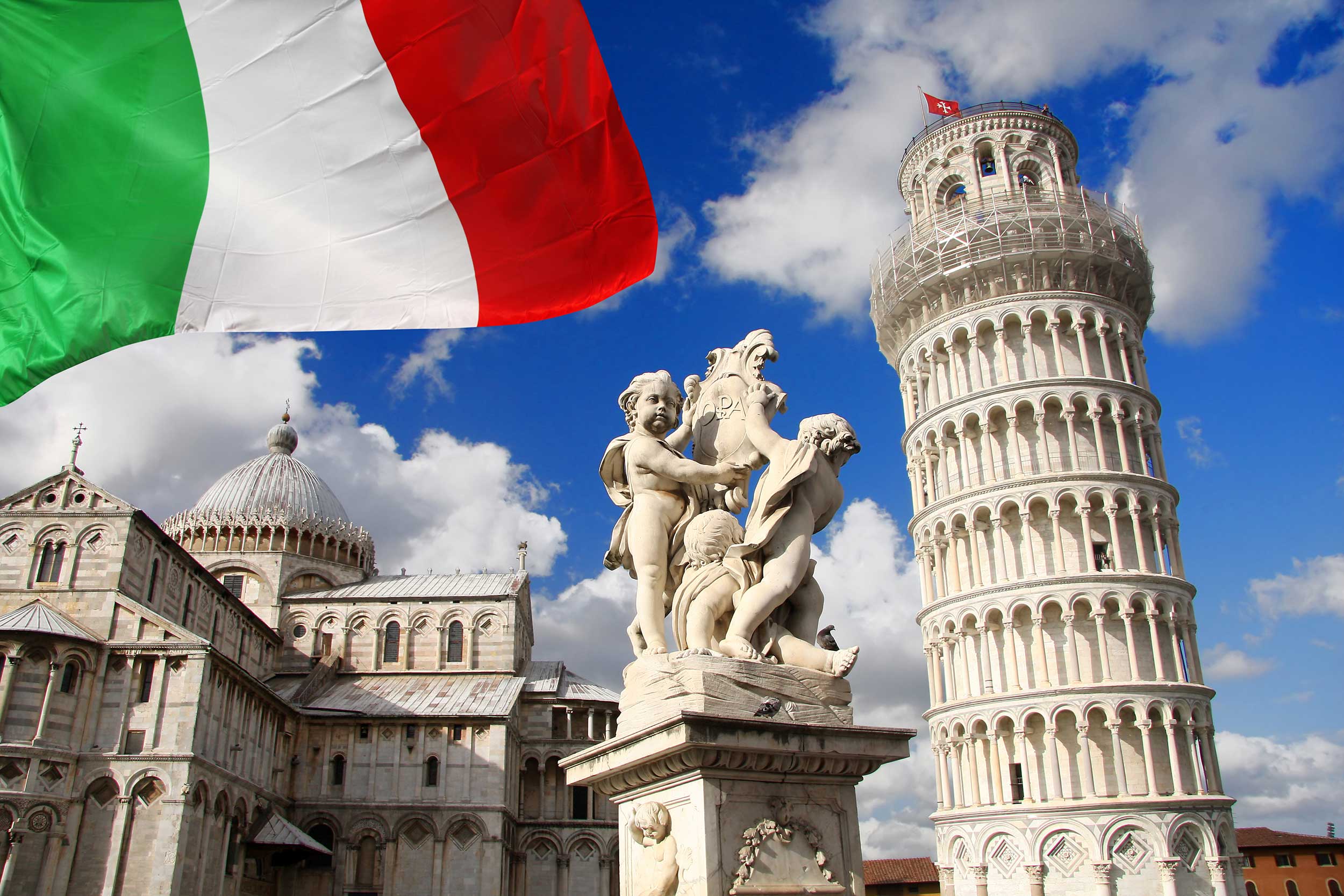 Arriving in Florence this morning, you will be met and transferred by private car to your charming hotel in the center of Florence, complete with a roof garden overlooking the iconic Arno River.

Your guide will meet you and take you on a walking tour that will introduce you to the city’s most important monuments, piazzas and streets, while telling you about the origins and history of Florence as it has evolved over the centuries.

Start at the Ponte Vecchio, the bridge that crosses the River Arno. Completed in 1345, Ponte Vecchio is the only bridge that survived World War II, when the retreating German army destroyed the other bridges over the river. Learn about the fascinating passageway crossing over the bridge that enabled the Medici to walk in grand style from their offices in Piazza della Signoria to their home in Palazzo Pitti. Continue to the Piazza Signoria with its incredible open-air gallery of original statues and learn about Florence’s political history, including how the Medici family became so powerful. Walk down the bustling Via Calzaiuoli to the Cathedral Square and visit the Baptistry, the oldest religious building in the city, that still maintains its original 13th century mosaic decoration and magnificent gilded bronze doors. Gaze at Brunelleschi’s awe-inspiring Dome of the cathedral and discover how he managed to build such a masterpiece. You will end your day with a visit the Gallery of the Accademia. Here you will view works by Michelangelo, including his world famous David sculpture. The Accademia also houses a significant collection of paintings, including Botticelli’s Madonna and Child, and a number of early 13th century religious works.

Start the day with a guided walk through the lively central market of San Lorenzo, where the locals shop for fresh produce of all sorts, and learn about Tuscan food while feasting your eyes on the luscious displays of fresh vegetables, cheeses, wine and olive oil.

Continue the morning with an introduction to the history of the Medici Family, beginning with a visit to the Church of San Lorenzo, which was patronized by the Medici and re-designed for the family by Brunelleschi. Continue to the Medici Chapels to see the sculpture and architecture Michelangelo designed in the New Sacristy for the Medici family tombs, left unfinished when the artist left Florence for good in 1534. You will also visit the Laurentian library that was designed by Michelangelo for the Medici Pope, Clement VII. Next you will visit Palazzo Medici Riccardi, the Palace that the Medici commissioned in the early 15th century, which became a model for all subsequent Renaissance palaces in the city. Here you will see the exquisite Chapel decorated with frescoes of the Procession of the Three Kings in which the artist included numerous Medici and other contemporary portraits.

After a break for lunch, continue your day with a visit to the Uffizi Gallery to see the world-class collection of paintings that was started by the Medici and has continued to evolve since the Medici family died out in the early 18th century. The Uffizi is the oldest museum in the world and houses the most important collection of Renaissance painting in the world. The gallery is home to masterpieces by Giotto, Filippo Lippi, Piero della Francesca, Botticelli, Leonardo, Michelangelo, Raphael and Titian.

This morning, transfer to the airport by private car in time to meet your departure flight, or continue on to your next Willing Foot destination.