Today Rome remains the world center of the Catholic Church, the heart of Renaissance and Baroque art, and the home to some of the world’s most astonishing ancient ruins. 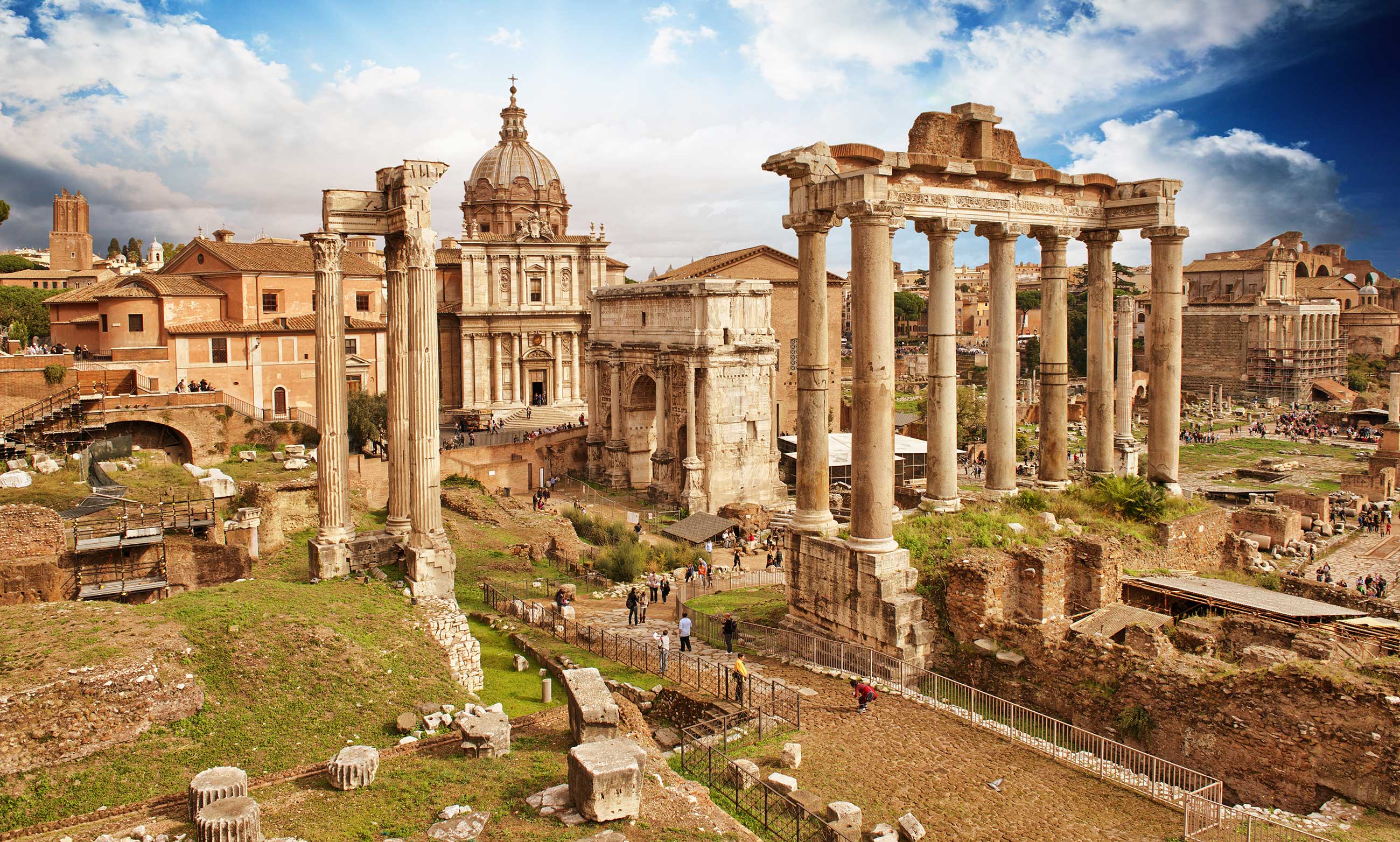 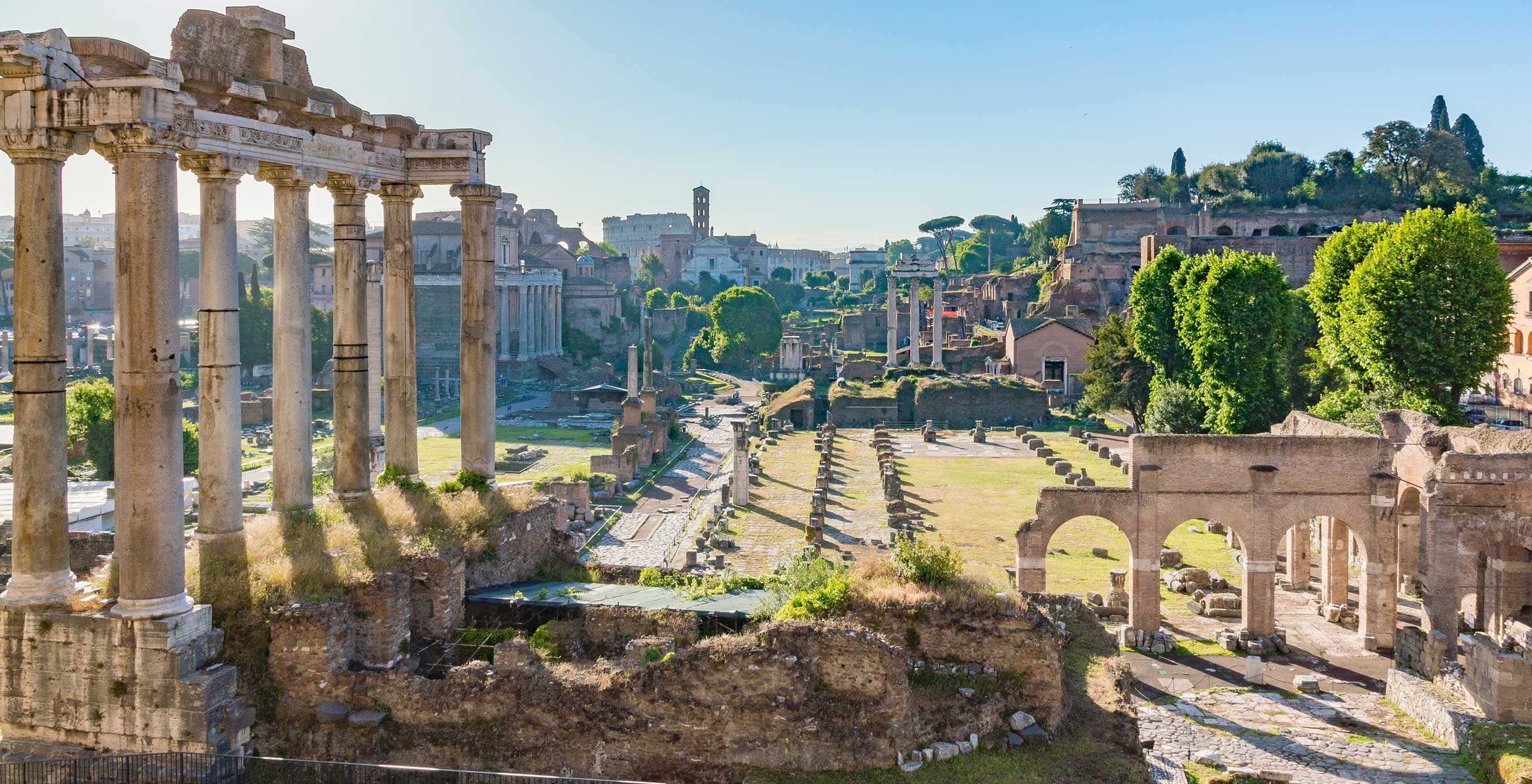 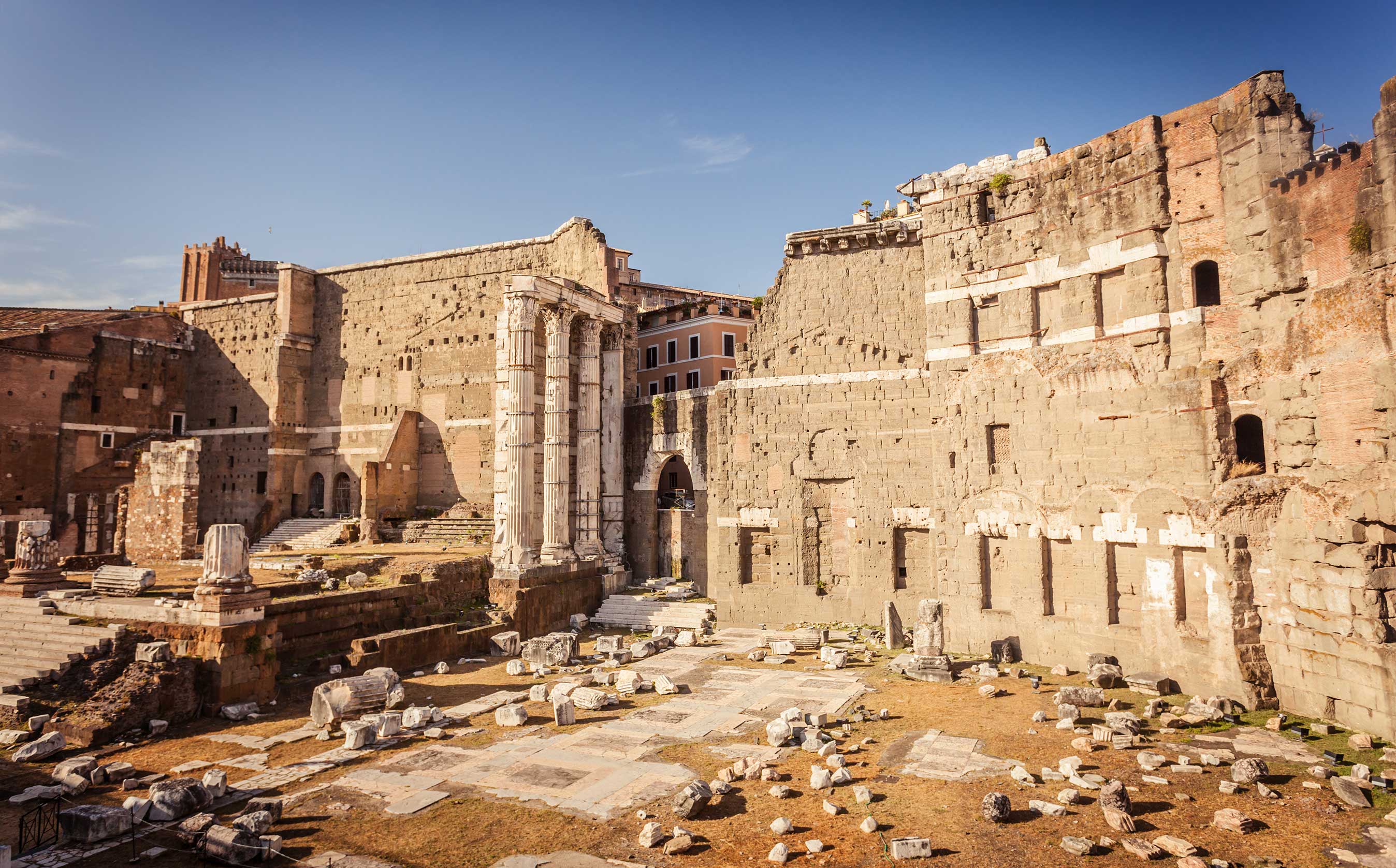 Upon your arrival, you will be met outside of customs by an English-speaking driver who will privately transfer you to the city center. Your boutique hotel is located in a beautifully restored historical building in the heart of the city, between Piazza del Popolo and the Spanish Steps, on one of Rome’s oldest streets.

After check-in, the remainder of the day is yours with which to explore Rome, stopping for coffee and gelato at a local café, and wandering the narrow streets of the city before dinner this evening.

After breakfast this morning, you’ll have a private car with an English-speaking driver and guide at your full disposal for an orientation tour of Ancient Rome.

Your first stop will be the Colosseum, the iconic symbol of Imperial Rome, and a masterpiece of classical architecture. Construction of the Colosseum, which was the largest amphitheatre of the Roman Empire, used for gladiatorial contests, began between 70 and 72 AD.

Next, you’ll visit Capitoline Hill (from the Latin word caput, or head), the most important of the seven legendary hills of Rome. From here, you’ll admire the Roman Forum, the largest open-air museum in the world and the true political, social, and economic hub of the city since the days of ancient Rome. An open area surrounded by the ruins of ancient government buildings, the Forum was the site of ancient elections, processions, and public speeches, and transmits a real sense of ancient Roman life.

Along the front of the hill, you’ll see the Tabularium, the official records office of ancient Rome, which was constructed in 78 BC. Made of huge blocks of porous tufa built into rock, the building dominates the view of the hill from the Roman Forum. Palazzo Senatorio, the palace that stands above the Tabularium, remains the official seat of the mayor of the city and home to the Council of Rome.

You’ll also visit Michelangelo’s superb piece of urban planning, the Piazza del Campidoglio, home to the famous gilded bronze equestrian statue of Marcus Aurelius, which was first documented in the 10th century, when it was believed to represent the Christian Emperor Constantine the Great.

Via Sacra, the main street of ancient Rome running through the Forum to the Colosseum, was part of the route of Roman Triumph, during which the commanders of the Roman armies who were returning from the provinces were welcomed home.

What fascinates most people about Rome is the fact that still, to this day, many of these ancient historical masterpieces are used as common modern buildings. A perfect example is the Theatre of Marcellus, an ancient open-air theatre with a 16th century palace built on top of it.

Your final visit before lunch will be the church of St. Peter in Chains, home to Michelangelo’s Moses, one of his most powerful and expressive works. Sigmund Freud devoted an entire book to analyzing the feelings that animated Moses as represented in Michelangelo’s statue, which depicts two horns on his head as symbols of wisdom and enlightenment.

Break this afternoon for a large Italian lunch before your tour continues.

Your last guided stop of the day will be the Pantheon, a temple originally built in 27 BC, and rebuilt in 126 AD in honor of all of the gods of ancient Rome. The Pantheon survives virtually intact as the most magnificent symbol of the Roman Empire, with the world’s largest concrete dome. Very little has changed over 2,000 years, from the columns to the marble floor where emperors Hadrian and Charles V once walked.

The guided introduction to ancient Rome comes to an end at 3:00pm. Your guide will discuss additional sites that you may wish to see on your own this afternoon. Set out for the Baths of Caracalla, the largest public bath complex in the whole of the Roman Empire. Visit the Christian catacombs and the monuments and ancient tombs along the Appian Way. Alternatively, explore the striking Lateran Complex, which includes the Lateran Palace, or Palace of the Popes, the Basilica of St. John Lateran and the first cathedral of Rome. Nearby, you will find the district where locals shop, along New Appian Way.

This evening we will provide you with restaurant suggestions. Enjoy a meal of fresh pasta and simply-prepared meat dishes accompanied by local Italian wines.

You will be met at your hotel this morning once again by private driver and guide, before heading out for a tour of Baroque Rome.

Begin with a visit to the Borghese Gallery, one of Europe’s most extraordinary art experiences, and one of Rome’s greatest patrician collections. Surrounded by parks and gardens, Villa Borghese was built in the 17th century as a pleasure house, and later served as a retreat where art was cultivated. The gallery’s masterpieces were commissioned by Cardinal Scipione Borghese, nephew of Pope Paul V, who was a passionate art lover and an obsessive collector. Covering all the great periods of art history, Borghese assembled works by the finest talents–Bernini, Raphael, Titian, and Caravaggio. To complete your experience, you’ll enjoy the Borghese Gardens, which are amongst the most famous in Italy, and offer stunning views over the Piazza del Popolo.

To ensure your return to Rome, stop to throw a coin into the Trevi Fountain, which was completed in 1762, and is the largest Baroque fountain in Italy.

Next visit Rome’s most romantic square, Piazza Navona, beloved by Romans and visitors alike, and animated by street artists and performers of all kinds. The square is exceptionally long, owing its shape to the ruins that formed it, for under the buildings that surround the piazza are the remains of the Circus Domitianus, Domitian’s stadium. Explore the narrow streets of old Rome stopping to find Pasquino, the most famous of the talking statues in the city. Stop for an espresso at the 18th century Caffe della Pace, a historical meeting point of both famous and local artists.

Drive by the Piazza del Popolo, with a large Egyptian obelisk at the center of the square originally brought to Rome in 10 BC and placed in the piazza by Domenico Fontana in 1589 as part of the urban plan of Pope Sixtus V. Stop at the Church of Santa Maria del Popolo, which features masterpieces by Raphael, Caravaggio, and Bernini.

Continue on your own following the end of your tour at 2:00pm. Your guide will suggest additional activities and a nearby café for lunch.

You can choose to visit the MAXXI, the National Museum of XXI Century Arts, located in Rome’s Flaminio neighborhood. The building, a Zaha Hadid design which took 10 years to complete, was constructed on the site of the former Montello military barracks and was inaugurated in spring 2010. Inside the Borghese Park you can visit the GNAM, National Gallery of Modern and Contemporary Art, inaugurated in 1883. This is a great area to explore with nice outdoor cafés.

Return to your hotel in time to relax and freshen up before a traditional Roman dinner.  We will offer restaurant suggestions this evening as well.

After breakfast, you will be transferred to the Vatican, where you will spend the day visiting the Vatican Museums, the Sistine Chapel, and St Peter’s Basilica with a private English-speaking licensed Vatican guide leading you on a tour through 2,000 years of history.

With your pre-reserved entrance times to the Vatican Museum and Sistine Chapel, you’ll avoid waiting in the long lines. Learn about the great artists who helped to embellish one of the most fascinating sovereign states in the world. Visit the Vatican museums which include some of the world’s most precious artistic and religious treasures, including the Galleries of Maps, Candelabras and Tapestries, the Raphael Rooms, Pinacoteca, and Michelangelo’s stunning frescoes in the Sistine Chapel. Complete the tour with a visit to St Peter’s Basilica, which has the largest interior of any Christian church in the world, and is lavishly decorated with marble, featuring splendid sculptures and mosaics of great historic and religious importance. Your guided visit lasts until 1:00pm.

Spend the remainder of the day at leisure. You may wish to finish up some last minute shopping along the Via Cola di Rienzo, another popular local district. Or visit the top of Janiculum Hill, one of the best places in the vicinity to take in the incredible views of the Roman skyline. If you have an interest in gardens, head for the Trastevere district, on the far side of the Tiber River, where you’ll find the Botanical Garden of Rome, as well as several nice restaurants, small boutiques and charming alleyways.

We will provide suggestions for your final dinner this evening.

After breakfast this morning, you will be privately transferred to the airport in time to meet your return flight home or to continue on to your next Willing Foot destination.