The world’s largest continental mountain range, the Andes extend along the western coast of South America. 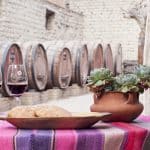 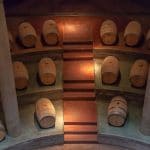 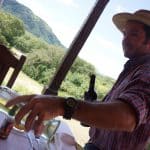 Your flight from Buenos Aires to Mendoza this morning will take just under two hours. Upon arrival, you will be met by your guide, immediately heading out to begin your introduction to local wines.

Visit internationally renowned La Rural Winery, where you will be introduced to the wine-making tradition of the Rutini family. Continue on to Carlos Pulenta and its Vistalba vineyard, owned by the Pulenta family. Vistalba’s Malbec Tomero, named for the traditional irrigation method of using meltdown from the mountains, is considered by many to be the best Malbec in the world.

Enchantingly beautiful, in the shadow of the Andes, and surrounded by vineyards bordered with old olive trees, the property is within the Luján de Cuyo region, at the foot of the magnificent Cordon del Plata. You will enjoy a leisurely lunch at La Bourgogne restaurant on the vineyard’s property. La Bourgogne, created by chef Jean-Paul Bonoux, is the sister to restaurants of the same name in Buenos Aires and Punta del Este, Uruguay. Its shaded veranda is mere footsteps from a seemingly endless vineyard.

After lunch, you will be transferred to your hotel, a charming posada in the small, scenic town of Chacras de Coria, some 20 minutes from the city center of Mendoza.

After breakfast at the hotel, you will depart this morning for a full day of activity.

You’ll begin your day with rafting and zip-lining in Potrerillos, a nearby area within Mendoza province that remains virtually untouched. Raft the Mendoza River’s white rapids through plains and along the Andes, followed by a breathtaking canopy tour with experienced local guides.

Return to the hotel in the late afternoon, with ample time to rest before dinner.

Tonight, we will provide you with a list of suggestions for dinner that will include some of our favorite restaurants which serve organically grown and harvested foods and offer ever-changing menus featuring regional favorites.