Offering a warm climate year-round, Morelos, and more particularly Cuernavaca, has attracted visitors from the Valley of Mexico since Aztec times, and is frequented today by those from nearby Mexico City who are in search of a weekend getaway. 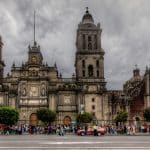 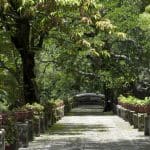 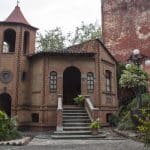 Upon your arrival in Mexico City, you will be met outside of customs and transferred two hours to Cuernavaca City in Morelos state, where you’ll check into your accommodation, a small boutique hotel, which offers spacious rooms featuring city views from the terrace.

As the center of Emiliano Zapata’s Mexican Revolution campaign, Morelos, Mexico’s second smallest state, has always been a region of great revolutionary activity. Known as the “city of eternal spring,” Cuernavaca, the capital city of Morelos, has been a vacation destination since Aztec emperors owned summer homes in the area. Today, the Mexican elite and celebrities alike frequent Cuernavaca, which runs along the southern slope of the Sierra de Chichinautzin mountains. Much of its appeal lies in the surrounding lush tropical vegetation and the temperatures, which remain in the 70s year-round.

This morning, you’ll be met by your driver in the lobby of the hotel  for your private full-day tour of Cuernavaca, during which you’ll enjoy a traditional Mexican lunch in one of the most interesting haciendas of the area, as well as visit the massive ruins of Xochicalco.

Cuernavaca boasts an impressive array of buildings and religious structures which you’ll see today; your visit will include the Palacio de Cortés, completed in 1535, and one of the oldest European-style constructions in the America, and the Cathedral de Cuernavaca, originally built by Hernán Cortés to double as a fortress. Southwest of Cuernavaca, the Xochicalco ruins, founded in 650 AD by Mayan traders, include a ceremonial center, remains of residential structures, and an impressive underground solar observatory.

This morning, you’ll meet your driver in the hotel lobby for a full-day private tour of the Monasteries on the Slopes of Popocatépetl, a series of 14 16th century monasteries built by the Augustinians, Franciscans, and Dominicans, as part of the evangelization efforts in central Mexico. They were declared a World Heritage Site by UNESCO in 1994. Characterized by a large atrium with an open chapel, these monasteries served as models for early monastery and church structures in the Americas. Continuous restoration has led to the rediscovery of a number of murals within them.

You’ll visit three colorful villages along the route, each home to one of the great monasteries which were built as early as 1530. Stop for lunch at a traditional hacienda, after which you’ll return to Mexico City.

Today, you will visit the site of the world-renowned Pyramids of the Sun and the Moon at Teotihuacán, one of Mexico’s largest archaeological zones. Believed to have been established around 200 BC, this ancient city was home to approximately 200,000 people during its peak period as the capital of Mexico’s largest pre-Hispanic empire until its fall between the 7th and 8th centuries AD.

On the drive back from Teotihuacan, you will also visit the Basilica de Guadalupe, a Roman Catholic Church, and the central place of worship for Mexico’s patron saint, the most revered image of the country. Visited by millions of people each year, the basilica is considered by many Catholics to be the holiest site in the Americas, and holds 30 masses a day.

According to legend, the Virgin Mary appeared before Juan Diego on December 9, 1531, in the form of a dark-skinned Indian woman who ordered the construction of a chapel at the site of the present basilica. Bishop Juan de Zumárraga remained skeptical and asked for proof, after which the Virgin appeared a second time on December 12th, this time making roses bloom on a bare hilltop during the drought season. Juan Diego picked the roses and took them to the bishop, but when he opened the folds of the cloak in which he had been carrying them, the cloak bore an image of the Virgin surrounded by a radiant halo. Construction of the basilica followed soon after, beginning in 1531 and ending in 1709.

Return to your hotel late this afternoon for some relaxation time. Tonight, you’ll be provided with a list of fabulous local Mexican restaurants from which to choose for dinner.

After breakfast this morning, you will be transferred privately from Mexico City to the airport in time to meet your departure flight, or to continue on to the next leg of your Willing Foot journey.