Panama City, at the Pacific entrance to the Panama Canal, is a diverse modern city with a unique history. 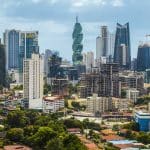 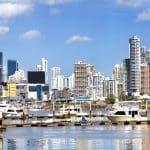 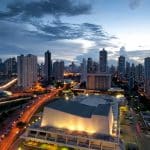 Upon arriving at Tocumen International Airport in Panama City in the early afternoon you will be met by your private guide. Set out on an afternoon tour of Panama City, a diverse metropolis that is home to World Heritage Sites, rainforests and a flourishing business district filled with skyscrapers.

First explore the ruins of Old Panama City. Dating from 1519, this was the first European settlement established along the shores of the Pacific Ocean and an integral point on Spanish trade routes though the American continent. The city was devastated by piracy and fire in 1671 and later rebuilt 8km from the ruins of the old city, which is now known as Panama Viejo.

Continue on to Casco Viejo, the old quarter, a UNESCO World Heritage Site with its French and Colonial architecture and cobblestone streets. Visit the Panama Canal Museum, located in the building that served as headquarters for both the French and U.S. companies involved in the various stages of the construction process.

Your tour ends with the modern city, the political center of Panama and a hub of international finance.

After the tour you will be transferred to your boutique hotel in Casco Viejo. Relax and unpack before tonight’s welcome dinner. You may wish to order a cocktail and take in the breathtaking view from the hotel’s roof terrace, from which you can see Panama City’s skyline, the Pacific Ocean, Ancon Hill and the entrance to the Panama Canal.

Your dinner this evening at a celebrated restaurant in the banking district of the city center is included. Here you will taste some of the best seafood in town.

Following breakfast this morning your private driver will pick you up at your hotel for a 40-minute transfer to the town of Gamboa, site of the Panama Canal’s Dredging Division, where you will board a comfortable passenger ferry.

The ferry traverses Gatun Lake at 26 meters above sea level which is part of the Gaillard Cut, the narrowest section of the Panama Canal. This 13.7-kilometer long portion of the waterway was carved through rock and shale and is flanked by the backbones of the Continental Divide.  The Gaillard Cut was increased from its original width of 92 meters to 152 meters in the early 1970s, and in order to accommodate today’s demands, the Panama Canal Authority recently completed the monumental task of widening the Cut to 192 meters in straight sections and up to 222 meters along curves. This allows for unrestricted two-way traffic of Panamax vessels, the largest ships that fit in the Panama Canal locks.

Continuing southbound on the Canal you will pass the first lock set, Pedro Miguel locks, where the ship is lowered 9 meters. The locks are concrete structures that raise or lower ships to the correct water depth as they pass through a series of chambers. While enjoying your lunch on board, pass through Miraflores Locks, which are the tallest in the lock system, built to accommodate the extreme tidal variation of the Pacific Ocean. In two steps, the boat will be lowered from 17 meters above sea level to sea level in the almost 2 kilometer long lock set. Here, a transition from fresh water in the lake and lock chambers to salt water in the Pacific Ocean takes place. Before leaving the Panama Canal and entering the Pacific Ocean you will pass under the Bridge of the Americas, which rises over 100 meters above sea level and reunites the land divided during construction of the Canal, forming a link in the Pan-American Highway. You will disembark the ferry at Causeway Amador and transfer back to your hotel by private car to relax before dinner.

Dinner tonight will be at your hotel’s restaurant. Each dish—from risotto con coco to ropa vieja—has been researched and refined to perfection by the chef, who has created Panamanian food as it was meant to be, using fresh, local ingredients, many of which come right from the property’s garden!

This morning meet your driver for your private airport transfer 3 hours before your scheduled departure flight, or the connection to your next Willing Foot destination.