The De Wildt Cheetah Center, established in 1971, has been at the forefront of these efforts, focusing primarily on the Cheetah and now expanded to other threatened species. 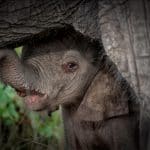 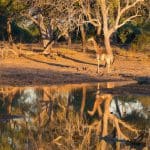 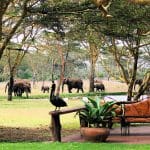 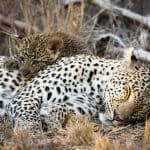 Upon your arrival at O.R. Tambo Airport, you will be met and transferred to your accommodation, Johannesburg’s newest eco-boutique hotel, situated centrally in Melrose.

The hotel has 16 bedrooms which offer crisp white sheets, feather duvets, Oregon pine floors, and blesbok skins that give the rooms a natural feel. Flat screen satellite TVs, iPod Sound Dock, and WiFi ensure that you have the latest technology, and the bathrooms are spacious, with bathtubs and separate rain dance showers.

If you arrive later in the day, dine at the hotel’s restaurant, a stylish bistro overlooking the pool and lush gardens. Finish your evening at the hotel’s champagne bar, where a full range of Veuve Clicquot champagnes are stocked, and some innovative cocktail recipes are available to try.

Depending on your schedule and desires, you may be collected from your hotel early this morning to join the public visit of the De Wildt Cheetah Center. Alternatively, you may wish to leave your hotel later, in which case you’ll spend the morning visiting elsewhere, and join the public tour of De Wildt later this afternoon. You will have a guide and vehicle for seven hours today.

Nestled in the foothills of the Magaliesberg in North West Province, the De Wildt Cheetah Centre is situated an hour from Johannesburg, and 45 minutes from Pretoria. The Centre was established in 1971 with the aim of breeding endangered species, and has since achieved the breeding of what was once a highly-threatened species, the cheetah. Since 1971, over 750 cheetah cubs have been born at De Wildt–a dramatic contrast to the days when the entire cheetah population of South Africa was estimated at a mere 700.

While the cheetah project was the base from which the Centre launched its conservation ethic, it soon widened to include other rare and endangered animals, such as the wild dog, brown hyena, serval, suni antelope, blue and red duiker, bontebok, riverine rabbit, and vultures–including the very rare Egyptian vulture. Many of these creatures have been successfully bred for later reintroduction into the wild, thus helping to repopulate areas where such species have disappeared or are no longer abundant.

During 2000, as a reaction to the declining numbers of cheetah in the wild, De Wildt spearheaded the formation of the National Cheetah Management Forum that developed a national strategy for the protection of free-roaming cheetah. One action to come from the group was the realization of the need for a national census of free-roaming cheetah, which began in 2003, and continued for three years.

Later this afternoon, return to your hotel to freshen up and rest before dinner this evening. We will provide you with restaurant suggestions.

After breakfast this morning, you will be transferred to O.R. Tambo Airport for your ongoing flight.